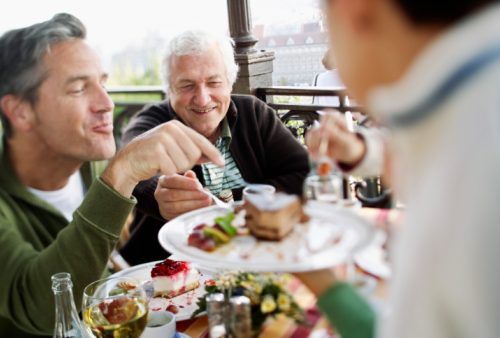 Senior investigator, Margaret Rice, Ph.D., said, “We found that when there’s more insulin in the brain, there will be more dopamine released, not less.” The research was conducted on laboratory rodents. Rice suggests that not only does her team’s research reaffirm the role of insulin on dopamine, but it is the first to show the effects of the rise in dopamine. Furthermore, the findings may reveal insulin’s role in dopamine and how it affects food choices.

In one set of experiments the team recorded a 20 to 50 percent increase in dopamine released in the striatal region of the rodent’s brain – this is where the effects of dopamine are felt and the body’s response is reward. The rise in dopamine increased at roughly the same time as a rise in insulin, which was needed by the rodents to break down food sugars they consumed. This occurred even when other regions of the brain told the rodent they were satisfied.

Rice and co-principal investigator Kenneth Carr, Ph.D., conducted separate experiments on the rodents and found rodents that were fed a low-calorie diet had 10 times greater sensitivity to an increase in insulin levels in the brain. Rodents on high-calorie diets lost all striatal-brain insulin responsiveness. Rodents were then offered a drink reward with either an insulin antibody injection or a placebo and the rodents favored the insulin injection.

Rice added, “Our work establishes what we believe is a new role for insulin as part of the brain’s reward system and suggests that rodents, and presumably people, may choose to consume high-carb or low-fat meals that release more insulin – all to heighten dopamine release.”

The findings are significant because they reveal the link between low and high insulin levels in the brain and obesity and type 2 diabetes. Further experimentation will be conducted on the influence of insulin on food motivation and reward.

Rice concluded, “If our future experiments prove successful it could confirm our hypothesis that when people refer to an insulin-glucose rush, they may really be referring to a dopamine reward rush. And there are healthy ways to get that by making smart food choices.”