Home » Health News » Insomnia pill dosage could be cut in half: Study 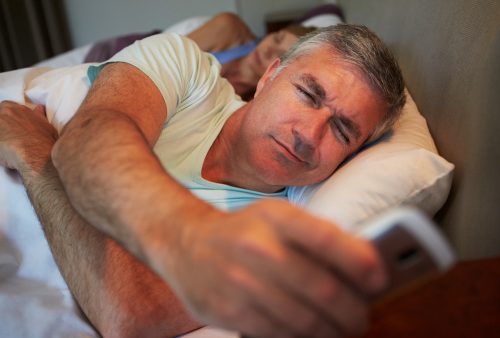 New findings on insomnia pills question the standard prescribing dosages currently in practice. According to a new study done by researchers from the Perelman School of Medicine at the University of Pennsylvania, people who depend on prescription sleeping pills to treat chronic insomnia may get relief from as little as half the drugs they are taking.

Insomnia is a condition where people find it difficult to fall asleep and/or stay asleep at least three nights a weeks. If the condition persists for more than one month it is classified as chronic insomnia.

The study, which is published in the journal Sleep Medicine, even advocates the use of placebos in the treatment plan. The new approach proposed by the researchers will allow individuals to maximize their sleep duration, and minimize not only the time required to fall asleep, but also the cost of medication and the side effects associated with sleeping pills. The common side effects include daytime drowsiness, nausea, and muscle pain.

The dosing strategy prescribed by the study is smaller and fewer doses of sleep drugs and use of placebos. In stark contrast to the standard practice of “start low and go slow,” the new strategy is in favor of a “start high and go low” dosing strategy in which a patient starts with 10 mg nightly and slowly tapers the dose to a lower dose or intermittent dosing with placebos. This would decrease the amount of medication needed to maintain the medication’s effects over time.

“The benefits of sleeping pills are short-lived, and long-term use increases risk of psychological dependence,” according to the study’s senior author Michael Perlis, an associate professor in the department of Psychiatry and director of the Penn Behavioral Sleep Medicine Program. He said he believes that by changing the industry standard for maintenance therapy they can lower the incidence of side effects, without reducing the benefits of treatment.

For the study, the researchers initially treated 74 adults suffering with chronic insomnia with 10 mg of the popular sleeping pill zolpidem for a period of four weeks. Those who responded to the treatment were then divided into three groups. One group was given a 10 mg dose every night , the second group was given 10 mg dose three to five nights a week, and the third group was given a nightly dose where half the pills were 10 mg and the other half were an identical-looking placebo. This dosing strategy was continued for 12 weeks.

In all three groups, the participants were able to fall and stay asleep, but those in group two slept worse and reported more side effects and greater symptom severity than those in the other dosing groups.

The study suggests that while the full dose may or may not be required to get the initial effect, maintaining the effect can be done with less medication.

What is particularly novel about the present study is the use of placebos on non-medication nights and that such a practice appears to extend a level of therapeutic benefit that is not seen with intermittent dosing.

The current study also offers the first data confirming that 5 mg can be effective as a maintenance strategy. This is in accordance with the 2013 FDA ruling, which required lowering zolpidem’s recommended dose in non-elderly women.