Home » Health News » The Inseparable Connection between Body and Mind 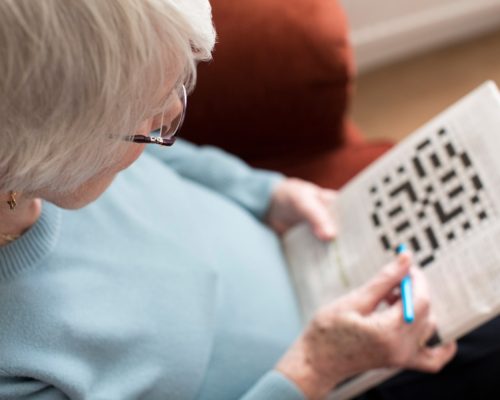 I’ve noticed that people really like to compartmentalize things. There are specific foods they eat for breakfast, lunch, dinner, or as a snack, for example. The same thing goes for health: there are things you can do for your body and things you can do for your brain. But at the end of the day, isn’t all food the same no matter when you eat it? Isn’t your brain attached to your body?

The connections between a healthy brain and a healthy body are literally inseparable. Many of the same nutrients that encourage physical health also promote brain health. But what about exercise? Does going for walk do as much for your brain as it does your heart and waistline?

You bet it does.

In fact, exercise is probably far better for overall brain function, memory, and thinking skills than specific brain games like those found on Lumosity or in the Sunday paper. Research has repeatedly indicated that exercise—and particularly aerobic exercise—can drastically improve brain function when performed regularly and potentially delay the onset of Alzheimer’s or dementia.

One study performed at the University of British Columbia found that regular bouts of moderate aerobic exercise increases the size of the hippocampus, the area of the brain associated with learning and memory. The participants, all women with mild cognitive impairment (MCI)—a common precursor to dementia or Alzheimer’s—showed improved memory performance compared to those who did not perform aerobic exercise. Further, exercise may have direct benefits for brain health by encouraging better sleep, improved moods, and being a source of relief from stress and anxiety.

Including 30–60 minutes of moderate activity into your daily routine—the kind of stuff where your heart is pumping and a little sweat appears, yet you can still carry a conversation—may do wonders for your physical and mental health!