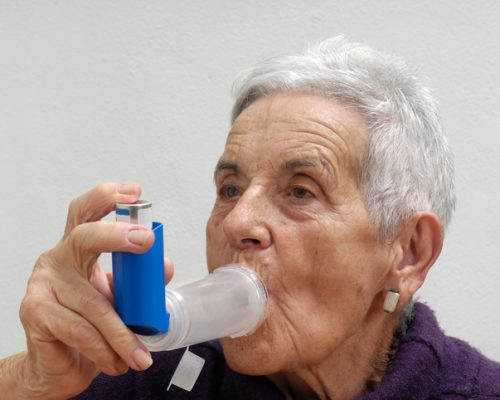 An inhaled version of a Parkinson’s disease drug may better help manage symptoms related to the progressive neurological disorder. The drug known as levodopa may help alleviate symptoms in between pill dosages.

Levodopa is prescribed to help combat tremors, rigidity, and balance problems which are associated with Parkinson’s disease.

Lead researcher Michael Lipp explained, “Off periods are considered one of the greatest unmet medical needs in the treatment of Parkinson’s, and typically increase in frequency during the course of the disease.”
Inhaled levodopa can be used alongside the pill form of the drug which currently about 70 percent of Parkinson’s disease patients take.

Lipp added, “We’re studying inhaled levodopa to determine the extent to which it can restore motor function when used as people begin to experience off periods. Off periods can be hugely disruptive to the lives of people with Parkinson’s and their families. Inhaled levodopa has the potential to help people with Parkinson’s minimize these disruptions.”

Larger studies are required in order to prove effectiveness of the pill combined with the inhaled version of levodopa before it can be rolled out as treatment for the masses. So far in smaller trials the results are positive.