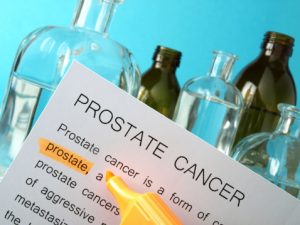 There is a long-running debate over the screening recommendations set out by the U.S. Preventative Services Task Force (USPSTF) for prostate specific antigen (PSA). Less frequent screening for PSA can reduce the risk of over diagnoses as well as over treatment, but the benefits of infrequent PSA screening are still uncertain; there are concerns that those at a higher risk of cancer may receive delayed treatment due to irregular or infrequent screenings.

Each year, 30,000 male deaths can be attributed to prostate cancer, making it the second leading cause of death for men. Since the 1980s a 40 percent decline in prostate-cancer deaths has been noted, mainly due to PSA screening. In 2011 the USPSTF concluded that the harms outweighed the benefits when it came to PSA screening and decided against regular screening for it.

Lead investigator, Daniel A. Barocas, said, “Our study was designed to assess the impact of the USPSTF recommendation on screening practices among urologists and primary care providers and the incidence of prostate cancer. We know there is decreased utilization of PSA testing in some institutions and health systems, but has the number of incident cases per month changed substantially since the draft guideline was issued?”

Dr. Barocas concluded, “While some of the effects of this guideline may be beneficial in terms of reducing harms of over diagnosis and overtreatment, the reduction in intermediate and high-risk cancer diagnoses raises concern for delayed diagnoses of important cancers associated with inferior cancer outcomes. Future research should focus on prostate cancer screening paradigms that both minimize harms and maximize the potential benefits of screening, as well as accounting for individual patient risk factors and preferences.”