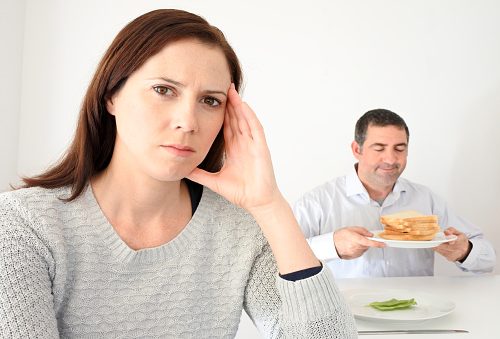 While a number of treatments exist for IBS, a new study out of Yale University has found that following an individualized diet based on food sensitivities is the best medicine-free approach to help reduce symptom onset.

Irritable bowel syndrome is a common disorder that affects the large colon. It differs from other inflammatory bowel conditions like ulcerative colitis and Chron’s disease in that it doesn’t change the bowel tissue or increase the risk of colorectal cancer.

In order for a doctor to make a diagnosis of IBS, certain criteria have to be met. These include having abdominal pain or discomfort lasting at least three days a month in the last three months and improvement of the pain has to occur after defecation.

It could also include having an altered frequency and consistency of stool. IBS could present as bouts of constipation in combination with diarrhea. We don’t really know what causes IBS, but there are some factors that definitely affect it:

The study in question was tailored to be a randomized double-blind clinical trial in which both the subject and the researchers do not know what item is being used when testing. A total of 58 patients diagnosed with IBS were included in the study, and blood samples were collected to test for immune cell activation in response to individual foods.

After weeks of following the IBS patients, both groups saw an improvement, which surprised the researchers. However, those on an individualized diet consistent with their test results fared much better overall, with improvement in symptoms such as abdominal pain and swelling occurring as time went on.

“If these intriguing results can be replicated in larger and more diverse samples they can provide insight into another way to treat a condition that can often be very frustrating. It can be debilitating and patients are often looking for dietary approaches to it,” said Ather Ali, first author and assistant professor of pediatrics and of medicine at Yale School of Medicine.

Related: IBS diet: Foods to eat and foods to avoid