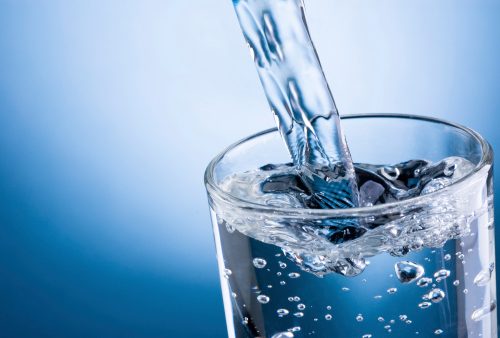 Study leader Ruopeng An said, “The impact of plain water intake on diet was similar across race/ethnicity, education and income levels, and body weight status.”

The researchers analyzed the eating habits of over 18,300 adults who reported everything they ate and drank over the course of two days, three to 10 days apart.
Researchers then calculated water consumption from beverages and food content. The average fluid consumption was four cups of plain water a day.

Those who added extra cups of water from any source were found to consume 68 to 205 fewer calories, dropping their sodium levels.

Sugar consumption was also found to be lower among those who drank more water, and cholesterol was found to decrease as well.

Water consumption benefits were greater for men and younger to middle-aged adults, as these population groups tend to have a higher calorie intake.

The findings were published in Journal of Human Nutrition and Dietetics.