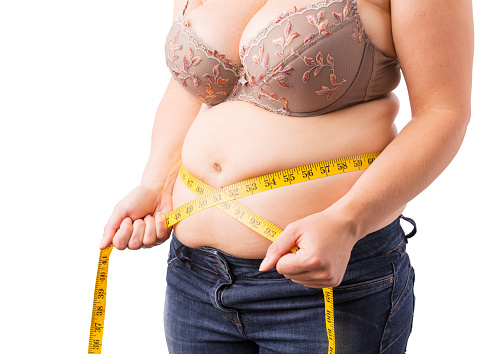 The battle of the bulge has been raging for as long as humans have existed, with belly fat being the number one enemy. Also known as abdominal or central obesity, having extra fat around the stomach area has not only been a cause of distress for many people, but has also been specifically linked to metabolic, vascular, and cardiovascular disease.

A new study from collaborators at Yale, University of Tennessee Health Science Center, and the University of Bonn have described how our immune cells are possibly impairing our metabolism as we age. This would explain why older adults fail to burn stored belly fat and the increased risk of chronic disease.

Studies have found that older adults, regardless of age, have increased belly fat. The storage of fat is essentially excess energy stores that the body uses in times of need. However, compared to younger adults, older individuals don’t seem to burn this energy store as efficiently.

Looking at the immune and nervous system interaction

The researchers focused their study on immune cells called macrophages. A new type of macrophage was discovered to reside in the fat cells of the belly. It becomes inflamed with age, not allowing neurotransmission to occur properly.

This means that that chemical messenger between fat cells and the brain become deficient in belly fat cells with age.
They reached this conclusion using young and old mice models, isolating their immune cells from fat tissue. They then sequenced the genome to understand the issue.


“We discovered that the aged macrophages can break down the neurotransmitters called catecholamines, and thus do not allow fat cells to supply the fuel when demand arises,” said Dixit, who is also a member of the Yale Center for Research on Aging

This led the researchers to attempt to reverse this problem by reducing the amount inflammation in aged macrophages, restoring the level of catecholamines that could induce fat breakdown.

Further experiments led them to block the enzyme that created an increase in aged macrophages. Amazingly, this helped to restore normal fat metabolism in older mice.

The enzyme blocked also happens to be one that is blocked with an existing treatment for depression, called Monoamine-oxidase A inhibitor. They propose that theoretically, this drug could be repurposed to help improve the metabolism of older individuals. However, more research and development would be needed to specifically tailor these depression meds to focus on reducing belly fat.

“The purpose of our research is to achieve greater understanding of immune cell interactions with nerves and fat cells to potentially reduce belly fat, enhance metabolism, and improve performance in the elderly,” said Christina D. Camell, the first author of the study.

The involvement of the immune cells and nervous system in our health and disease development has not been well understood until now. Their study proved that metabolism can be improved by controlling inflammation, with it also possibly having positive effects on the nervous system or the process of aging itself.

Related: This is why you gain weight as you age