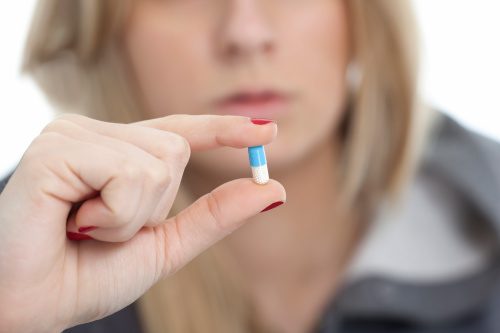 In HIV patients, antidepressants have been shown to help improve cognitive symptoms. The small, placebo-controlled study by researchers at Johns Hopkins University found that the antidepressant paroxetine modestly improves decision-making and reaction time while reducing inflammation in HIV patients.

The researchers report that many HIV patients experience neurocognitive disorders and may benefit from taking selective serotonin reuptake inhibitors (SSRIs).

Lead author Ned Sacktor said, “Over a period of 20 years and after 10 clinical trials, this is the first time we’ve been able to clearly demonstrate benefit in a summary measure of cognitive performance for patients with HIV-associated neurocognitive disorders.”

Neurocognitive disorders can occur in HIV patients when the virus that causes AIDS triggers nerve-damaging inflammation in the brain, negatively affecting learning, memory, decision-making, and motor coordination. Nearly 50 percent of HIV patients who take a daily regime of antiretroviral drugs experience neurocognitive problems.
The researchers tested two drugs in order to find one to reduce inflammation and reverse impairment. These drugs showed promise in previous studies.

Paroxetine and the antifungal fluconazole were the two drug choices that showed to have protective properties of neurons, as seen in rat studies. Both drugs were also capable of crossing the blood-brain barrier.

Senior author Justin McArthur said, “There is a huge advantage to incorporating FDA-approved drugs into a clinical trial rather than developing whole new ones. It’s quicker, cheaper, and very unlikely that there will be any surprises or any untoward side effects because the drug has been given to tens of thousands of people already.”

Forty-five HIV patients, all with cognitive impairment, were part of the study that lasted for 24 weeks. Participants received either 20 milligrams of paroxetine per day, 100 milligrams of fluconazole twice a day, the same doses of both paroxetine and fluconazole, or placebo drugs. Both drugs were shown to be safe to take along with antiretroviral drugs.

Eight neuropsychological tests were used to measure and evaluate psychomotor and motor-speed performance in decision-making. The overall score from all eight tests is known as NPZ8 score. Those who took paroxetine alone or in combination with fluconazole saw cognitive improvement by 0.15. Those who did not take paroxetine saw a reduction in cognitive function by 0.33.

On the California Computerized Assessment Package test, those on paroxetine saw improvements by 0.5 and those not taking it saw minor to no improvements at all.

Sacktor added, “By reducing inflammation, we hoped to have the added benefit of improving cognition, and our results show that to be the case.”

Paroxetine is relatively cheap – costing about $15 a month. Furthermore, reported side effects were common with the use of SSRIs, including sexual dysfunction, headache, insomnia, and vivid dreams. It’s important to note that SSRIs are not effective for everyone, and many depression and anxiety patients stop using them due to ineffectiveness or side effects.

Researchers are still unaware how SSRIs can help reduce inflammation and improve cognitive function, and thus additional research is required.