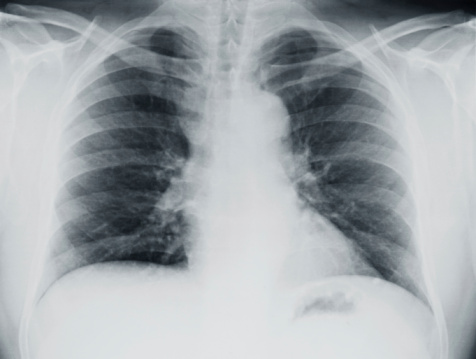 Known as Burkholderia cenocepacia, the bacterium is resistant to nearly all known antibiotics and can contribute to lung infection in cystic fibrosis patients. Cystic fibrosis (CF) is a condition that causes a buildup of mucus in lungs – as well as other parts of the body – making it difficult for a person to breathe. Lung infection is responsible for nearly 85 percent of deaths in cystic fibrosis.

Researchers from Ohio State University found that B. cenocepacia interferes with an important survival process in cells that are responsible to fight off infection. The process is stronger in cystic fibrosis patients, leading to more serious complications.

The researchers found that a drug known as rapamycin can help cell survival in mice with cystic fibrosis, uncovering a possible treatment for the bacterial infection in cystic fibrosis patients.

The researchers also manipulated the role of molecule p62, which may help fight off B. cenocepacia. Senior author Amal Amer said, “This suggests that manipulating p62 levels might help patients with CF fight off the lethal infection.”

B. cenocepacia is a rare bacterium, but has a high transmission rate among cystic fibrosis patients. Amer added, “It’s really a death sentence for the patient. The disease either progresses with propagation of inflammation and chronic destruction of lung tissue, or acute infection with severe sepsis that occurs very quickly. We don’t know which patient will take which course.”

During the testing, the drug rapamycin did not have any effect on mice without cystic fibrosis, as they were capable of fighting off the infection on their own, but health improvements were seen in the mice with cystic fibrosis. Additional research is now underway in order to learn more about the role of p62.

Antibiotics are the most common form of lung infection treatment in cystic fibrosis, either taken intravenously or in pill form. Intravenous treatment is primarily used when pill form medications are unsuccessful.

Nutrition and physiotherapy may also be utilized during treatment to improve overall health.

The key to successful treatment is early detection, so see your doctor right away if changes occur in your condition – or someone you know with cystic fibrosis.