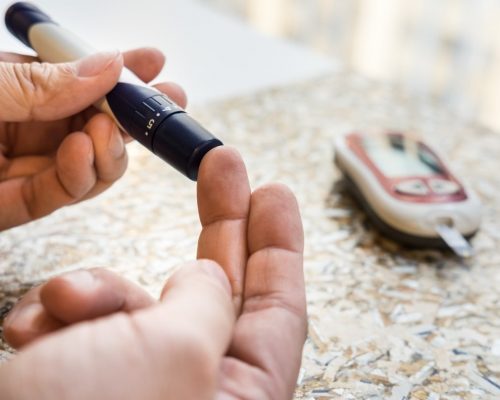 Having diabetes can increase your risk of a variety of health problems, especially if it is not well managed. The latest research findings now suggest that diabetics are at a much higher risk for kidney and bladder cancer.

The study reviewed data from 428,326 type 2 diabetics who were part of the Finnish National Diabetes Register. The researchers uncovered 74,063 cancer cases over 4.8 million person-years, which accounted for 16 percent of cancer cases among the Finnish population.

Incidences of bladder and kidney cancer were 17 and 42 percent higher among type 2 diabetics compared to the general population. On the other hand, there was a very slight decrease in prostate cancer cases.

Although an association between diabetes and kidney and bladder cancer was revealed, additional research is required to determine cause and effect.

Type 2 diabetes affects the body’s ability to metabolize sugar, which is needed as fuel for the body. Type 2 diabetes causes the body to become either resistant against the effects of insulin or does not produce enough insulin to maintain normal glucose levels.

If glucose levels are not well controlled and diabetes is not well managed, it increases the risk of complications such as heart and valve problems, nerve damage, changes in vision, hearing impairment, foot damage, diminishes the body’s healing abilities, skin problems, and Alzheimer’s disease.

Lifestyle habits play a very large role in the development and management of type 2 diabetes. Adhering to a healthy lifestyle can go a long way in preserving health. This includes eating well, exercising regularly, and reducing excess weight.