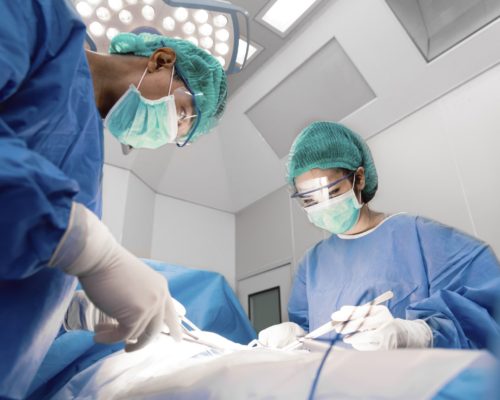 Bladder leaks are becoming a hot topic as of late, as more and more sufferers are opening up and finally talking about their issues. And finally, there may be a breakthrough in bladder leak prevention that ensures you no longer need to rely on diapers to catch embarrassing leaks.

Scientists have finally developed a tiny implantable device that can detect overactivity of the bladder. The device then uses tiny LEDs to tamp down the urge to urinate.

So far, the device has been successful in lab rats, and researchers are hopeful that it may offer relief for incontinence sufferers.

Until now, there have been electrical stimulating devices that could prevent leaks, but these devices could disrupt normal nerve signaling to other organs.

Robert W Gereau IV, a professor at Washington University, explained, “There definitely is benefit to that sort of nerve stimulation. But there also are some off-target side effects that result from a lack of specificity with those older devices.”

The device would be inserted surgically, where a band-like device would wrap around the bladder. This band would expand and contract according to when the bladder became full or emptied. For the study, the researchers also implanted proteins known as opsins.

Opsins are carried by a virus that binds to the bladder, which makes the cells sensitive to light. Cells are then activated through the use of optogenetics, using light to control cells.

Researchers collect data using Bluetooth communications on a handheld device to detect when the bladder is full and emptied, and if emptying is frequent.

The researchers are hopeful that this device could benefit humans. Unlike in rats, where surgery is needed the device – which would be smaller – would be inserted into humans through catheters, making it a less invasive procedure. They also suggest that this type of device in the future could aid in other ailments, including pain management.

Until then, additional research is required to test this device on larger animals before testing on humans.