Home » Weight Management » If you’re trying to lose weight, don’t do this… 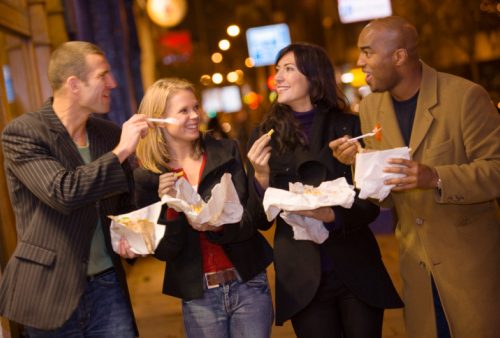 Nowadays who isn’t trying to drop a few pounds? With obesity being such a large problem in America, those last five, 10, even 20 pounds definitely need to go.

There are many options out there if you are trying to lose weight: Increase physical activity, eat well, and in extreme cases, surgery. Some of us get suckered into “lose weight fast” propaganda, but going the old fashioned way of balanced eating and exercise is still the best.

Dieting, or changing eating habits, has been a popular trend for decades as a means to lose weight. Whether you cut out fat or carbs, a diet typically dictates foods you can or cannot eat. But if your goal is to lose weight and drop pounds, you shouldn’t diet like this…

It may seem like the best of both worlds – walking and eating. Not only can you enjoy your healthy food, but you’re instantly burning off the calories. However, there is a flaw in this reasoning which has been uncovered by researchers from the University of Surrey.

The research found that those who ate while in motion tended to overeat later on which, in turn, led to more weight gain.

Previous studies suggest distracted eating leads to overeating. For example, snacking in front of the television would lead to an inaccurate evaluation of how much food one actually consumed. 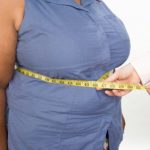 The latest study narrowed in on eating while walking. Sixty women were studied for the research, either classified as dieters or non-dieters. Each participant was directed to eat a cereal bar under one of these conditions: watching a five minute TV clip, walking along a corridor or sitting with friends while chatting.

After consuming the cereal bar the women were told to answer a questionnaire and then they were involved in an unsupervised taste test. Presented to the women were bowls of chocolate, carrots, chips and grapes. Each woman was asked to rate how much they liked each food and allowed to eat as much as they liked.

What they found was that the dieters who consumed the cereal bar while walking ate more snacks during the taste test. In addition, they consumed five times more of the chocolate when compared with the other groups.

The findings also confirmed that those with higher dietary restraints are more vulnerable to the effects of distraction.

Although walking leads to more distraction eating, researchers note any form of distraction eating could lead to weight gain. It’s recommended that you remove any distractions when you’re sitting down for a meal. Instead, create an environment which allows you to focus on the meal so you don’t overeat.

What does initial weight loss tell you?

Everyone wants to lose those last five pounds. But keeping the weight off can be hard. Maybe in the past you’ve been successful, but somewhere down the road those pounds snuck back. Losing weight and keeping it off can be difficult, but new research suggests your initial weight loss can determine how successful you will be in the long run. Continue reading…

You’re not in a happy place if you’re overweight or obese – and neither is your body. In fact, how much you weigh, in relation to your height, your waist size (pinching more than an inch of flab?) and how many pounds you’ve gained since your mid-20s have a huge impact on your health. Continue reading…