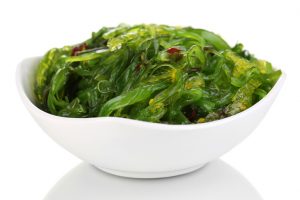 Irritable bowel syndrome (IBS) symptoms may be eased by a new ‘designer’ dietary fiber with a potential prebiotic effect. A collaboration between research teams led to the development of the new product, which is derived from a mixture of seaweed and starch. With this natural starch, the release of fiber within the gastrointestinal tract is delayed, allowing it to occur in the colon instead of in the upper portions of the intestine.

Principal investigator Dr. Ece Mutlu said, “This new product prevents the discomfort and bloating associated with current fiber therapies, while getting our new fiber into the colon and specifically distal colon where traditional fiber products typically do not reach and where many diseases of colon-like cancers develop. This can provide an effective treatment for IBS, decrease the risk of colon cancer and possibly inflammatory diseases like colitis.”

In the first phase of study, 60 participants who suffered from constipation found the new fiber to be well tolerated with fewer side effects than currently available fiber.

Professor Dr. Ali Keshavarzian added, “We wanted to create a fiber with a slow rate of fermentation to avoid rapid expansion of the gut and thus decrease the likelihood of common side effects of conventionally used fibers like bloating.”

The new fiber is also designed to produce a high level of short chain fatty acids for promoting gut health and providing a prebiotic effect, all the while supporting overall good health.

A healthy balanced diet is still important for IBS patients, so when it comes to making good food choices there are a few things to keep in mind.
Fiber: Choose soluble fiber commonly found in fruits and vegetables. Unlike insoluble fiber, it won’t lead to bloating.

Grains: Many IBS patients also have a problem digesting gluten, even though gluten intolerance is a defining characteristic of celiac disease. Choose grains that don’t contain gluten, such as quinoa, corn, rice, buckwheat, millet, oats, and amaranth.
Other foods you can enjoy on an IBS diet include:

Irritable bowel syndrome symptoms can also be reduced with exercise and physical activity. The findings come from the University of Gothenburg’s study, which included 102 patients. Half of the patients were randomly selected to increase their physical activity levels, while the other half maintained their usual lifestyle.

All participants were asked to rate their IBS symptoms at the beginning of the study and after three months. Senior physician responsible for the study Riadh Sadik explained, “The group with unchanged lifestyle had an average decrease of symptoms by five points. The active group, on the other hand, showed a symptom improvement with an average reduction of 51 points.”

Reducing stress and anxiety is also important for IBS symptom management. This may involve natural remedies like yoga or meditation, exercising, or even seeking out a therapist.

IBS diet: Foods to eat and foods to avoid