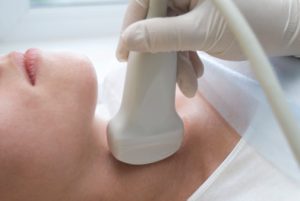 Hypothyroidism and Hashimoto’s thyroiditis is linked to rheumatoid arthritis and increased depression symptoms. It is well known that if a person has one autoimmune disease their risk of developing another is much greater compared to those individuals without an autoimmune disease.

Individuals with rheumatoid arthritis are more likely to develop hypothyroidism (underactive thyroid) or Hashimoto thyroiditis, and vice versa. Rheumatoid arthritis is a condition in which the body’s immune system wrongfully attacks its own joints, causing pain, stiffness, and redness. Hashimoto’s thyroiditis is also an autoimmune disease, but in this case the immune system attacks the thyroid cells that impact the thyroid gland’s ability to produce hormones, thus contributing to an underactive thyroid.

German researchers examined the responses from patients with hypothyroidism to highly strategic questions regarding mood and other quality of life indicators. The researchers found that patients with a TSH in the high end of ‘normal’ reported greater symptoms of tiredness, depression, and reduced well-being. Hashimoto’s patients also reported higher rates of depression.

All the research points to a connection between hypothyroidism, Hashimoto’s thyroiditis, and rheumatoid arthritis. The more studies come about with regards to this connection, the better the odds are that one day researchers will have treatments and prevention tips.