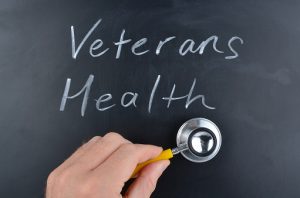 Hypothyroidism, bladder cancer, and multiple myeloma have been linked to Agent Orange herbicide exposure. On the other hand, the new findings do not support that spina bifida, a birth defect, may occur in offspring of veterans who served during the Vietnam War and were exposed to Agent Orange.

The report is 1,115 pages long and outlines health complications associated with exposure to Agent Orange, along with other herbicides during the Vietnam War. The findings of the link between bladder cancer, hypothyroidism, and Agent Orange came from a large study of Korean War veterans who also served during the Vietnam War. On the other hand, spina bifida factor was downgraded, as there was not enough supporting evidence that Agent Orange increased the risk of spina bifida.

The authors wrote, “[The inclusion of] spina bifida in the limited or suggestive category of association was based on preliminary findings from [an ongoing Air Force study]. However, to date, a complete analysis of the data from that study for neural tube defects has not been published … [and] no subsequent studies have found increases in spina bifida with exposure to components of the herbicides sprayed in Vietnam.”

Bladder cancer and hypothyroidism were upgraded, as more evidence had come to light to reveal a stronger link, and Parkinson-like symptoms were also added.

Nearly 2.6 million Americans served in Vietnam who could have all been exposed to Agent Orange during their years in service. The herbicide was sprayed across 20 percent of the country’s jungles where enemy troops could hide. Many veterans are still trying to get recognized as having been exposed to Agent Orange even on the ship or plane. Retired Navy Commander John Wells said, “There was no magic, invisible Agent Orange filter at the mouth of the rivers. We have documented proof of its presence in Nha Trang Harbor, 20 years after the war. That evidence has been presented to the VA. The distillation system which produced drinking water and water for the boilers did not remove the dioxin — it enriched it.”

Ongoing studies of veterans’ health have been recommended to not only determine the effects of the herbicide on the veterans, but on their offspring as well.

A previous study found that veterans exposed to Agent Orange have double the risk of multiple myeloma, which is cancer of the blood plasma cells. U.S. Air Force vets who conducted aerial herbicides of Agent Orange have 2.4 times greater risk of developing monoclonal gammopathy of undetermined significance (MGUS) – a blood disease.

Agent Orange was an herbicide to kill vegetation so that enemies hiding in the jungle would be exposed. The herbicide contains toxic ingredients and is a proven carcinogen. In order to determine if the herbicide is linked to blood cancer, the researchers collected blood samples from 958 Vietnam War veterans, which included those exposed to Agent Orange from aerial sprays and those who were not exposed.

Seven percent of those involved in the aerial sprays had MGUS, compared to three percent who were never exposed. Those participating in the aerial herbicide sprays were more likely to have levels of a toxic by-product TCDD in their blood, and the higher the levels of TCDD the more likely the development of MGUS is.

The researchers recommend that veterans who were exposed to Agent Orange should have their blood checked for MGUS and if detected regular follow-ups should be undertaken.