Home » Health News » How These Nutrients Might Affect Dementia Risk 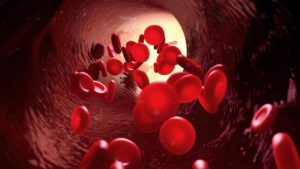 Some new research has established a close connection between dementia risk and few essential nutrients.

The study identified that people with anemia—and even mild anemia—are at a significantly elevated risk for Alzheimer’s disease and dementia than those with normal levels of hemoglobin. Hemoglobin is the protein in red blood cells that transports oxygen to organs, and anemia is a shortage of hemoglobin.

Published in Neurology, the study looked at 12,000 people 65 and older. None of them had dementia at the beginning of the study, but blood tests revealed six percent had anemia. Participants were tracked for an average of 12 years, over which time 1,520 people developed dementia, including 1,194 who received an Alzheimer’s disease diagnosis. The numbers showed that people with anemia were 41-percent more likely to develop Alzheimer’s and 34 percent more likely to develop any other form of dementia.

Anemia, however, may be preventable by eating a nutrient-rich, healthful diet. In particular, consuming enough dietary iron, vitamin B12, and folate can help reduce the chances for anemia, thereby potentially reducing the risk of dementia. Of these nutrients, it is dietary iron that may be the most important.

Roughly 70 percent of your body’s iron is found in red blood cells, and it is required to make hemoglobin. A shortage of iron creates a shortage of hemoglobin and thereby prevents the various organs and muscles and tissues in the body—including your brain—from getting the oxygen rich-blood they need. This is likely the reason for the association between anemia and dementia.

You can include more iron in your diet by eating:

Vitamin B12 also plays an essential role in hemoglobin and can be found in:

Lastly, folate (vitamin B9) is needed for the formation of the iron-containing portion of hemoglobin, called the heme. Folate is found in:

Although the study does not necessarily prove that anemia causes Alzheimer’s or dementia, the association is fairly strong. Eating adequate amounts of iron, vitamin B12, and folate can reduce the risk for anemia and potentially lower the likelihood of dementia.