Home » Health News » How Are You Feeling These Days? Or Maybe the Better Questions is How Are You Sleeping? 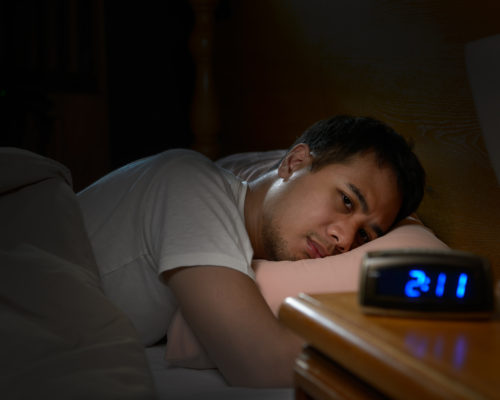 Why am I not feeling well? That’s a common question these days.

If you aren’t feeling great, there’s a good chance you aren’t sleeping great. Feeling irritable, unhappy, or struggling to find joy may have less to do with your experiences and more to do with your ability to get a good night’s sleep consistently.

New research is showing that extended periods of sleep deprivation can significantly alter outlook, potentially leading people to perceive things are much worse than they are.

Sleep and emotional well-being are rather intimately connected. Less sleep generally means physical fatigue and sluggishness, but those feelings can creep into the mind as well. This can alter how you might see the world or experience daily interactions and create a predisposition for negative thinking.

The Centers for Disease Control and Prevention reports that roughly 35% of U.S. adults are not getting normal sleep.

What is normal sleep?

Although it varies by individual, adequate sleep is defined as 7–9 hours per night.

In a new study, researchers looked at how five consecutive nights of either adequate or insufficient sleep affected people’s emotional state.

The group enrolled 42 participants. Over two weeks, participants had five nights of normal sleep, followed by a two-day reset. They then went for five nights of restricted sleep, only being allowed to catch shuteye between 2 am and 7 am each night.

After five days, the participants looked at a series of images to gauge their emotional response. Following the five days of normal sleep, participants responded as you might imagine one would after looking at “pleasant or neutral” images.

This was not the case following the sleep-deprivation period. Following five nights of only five hours of sleep, participants responded significantly differently to pleasant and neutral photos, often casting them in a negative light.

I don’t know what the photos were, but they could have been inanimate objects like coffee mugs or trees. Some might have been of puppies or smiling children. In any event, people weren’t reacting positively.

So, what does that mean? It could mean that if you’re not clocking enough sleep each night, you might not see things the way you would if you were well-rested. It could mean you perceive adverse events as far worse than they really are. It could also mean that the things that would usually bring you joy become irritating.

I understand that getting enough sleep each night isn’t easy these days. There is a lot to worry about. But finding ways to get better sleep might help ease those worries and improve your outlook.

Some good ways to improve your sleep include limiting your exposure to news coverage, managing screen time, exercising each day, and relaxing before going to bed in a cool, darkroom.