Home » Heart Health » Hospitalizations due to heart failure on the decline 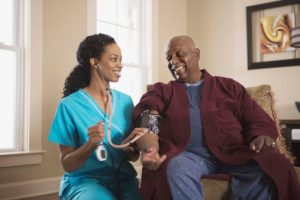 Over five million Americans have heart failure, which is a chronic disease that causes the heart to no longer be able to pump blood efficiently to support the body. Patients are often fatigued, left breathless, and may develop swelling in the feet or legs. If symptoms suddenly worsen, it could prompt the patients to go to the hospital.

Although the findings offer up some hope that initiatives to ward off heart disease are working as intended, it also reveals that more work has to be done among different races, which are clearly not benefitting as much as other ethnic groups. Blacks continue to have higher rates of hospitalizations due to heart failure. Therefore, additional steps need to be taken to reduce these hospital visits among blacks.

Some explanations for the disparities include that generally, blacks have a higher risk of developing heart disease than whites. Furthermore, low-income patients have greater difficulties obtaining medications or receiving good care once they are out of the hospital which lands them back in it.
Dr. Clyde Yancy explained, “The improvement in hospitalizations has not been across the board, and African-Americans are being left behind. We need to figure out: Is this an access to care issue? Is it an adherence [to treatment] issue? Are we not communicating well enough to patients?”

Although there are some speculations as to why hospitalization rates may be higher among blacks it is unclear as to how or why the disparities between Hispanics and whites narrowed.

The findings were published in Circulation: Cardiovascular Quality and Outcomes.