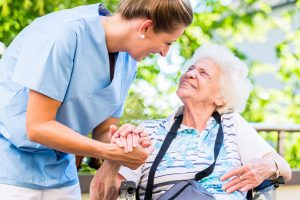 Having a high IQ may be a sign that a person has greater intelligence, but new research findings suggest that it may also reveal that a person may live a longer life. The researchers analyzed data from nearly 66,000 people born in Scotland. Participants took IQ tests when they were 11 and were followed either until the age of 79 or until they died. The researchers found that those who had higher IQs when they were 11 generally lived longer than their peers with lower IQs.

Although the study found an association between a higher IQ and longevity, it does not prove cause and effect.

Additionally, a higher childhood IQ was associated with lower risk of death from injury, smoking-related cancers, digestive disease, and dementia. There was no association between high childhood IQ and death from cancers not related to smoking.
In an accompanying editorial, Swedish researchers wrote that “childhood IQ is strongly associated with causes of death that are, to a great extent, dependent on already known risk factors.”

On the other hand, the study reveals that there may be something deeper in a person’s genes that not only causes a person’s IQ to be higher, but reduce their risk of death and promote longevity.

Senior study author Ian Deary concluded, “We don’t know yet why intelligence from childhood and longevity are related, and we are keeping an open mind. Lifestyles, education, deprivation and genetics may all play a part.”