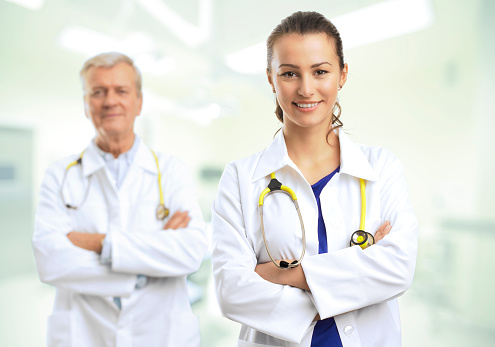 It’s a common mantra for people to view the elderly as more knowledgeable thanks to their increased number of years alive, which are thought to translate to life experience. While this is true in some respects, your doctor may be the exception. According to a new study, patients treated by older hospital-based doctors—known as hospitalists—are somewhat more likely to die than those treated by younger physicians.

The researchers of the study do admit that the mortality difference seen between young and old doctor wasn’t staggeringly high, but was modest enough to be clinically meaningful. Patient mortality was seen to be 1.3 percent different between physicians aged 40 and younger (10.8 percent death rate) compared to physicians 60 years old and above (12.1 percent death rate). This means that there was one additional patient death for every 77 patients treated by doctors 60 and older compared to those treated by doctors 40 and younger.

“This difference is not merely statistically significant, but clinically important—it is comparable to the difference in death rates observed among patients at high risk for heart disease who are treated with proper heart medications and those who receive none,” said study senior investigator Anupam Jena, the Ruth L. Newhouse associate professor of Health Care Policy at Harvard Medical School and an internal medicine physician at Massachusetts General Hospital.
The researchers go on to say that physician age was found to make no difference in mortality outcomes for those who managed a large number of patients. The increased number may possibly have a protective effect, allowing physicians to keep their skills in the clinic sharp. The thought is that newer physicians are in a sense exposed to many more cases when starting their career, while other physicians who have been practicing for many years may start to let their clinical skill decline. The researchers say that as long as a doctor keeps treating patients at high volumes, age in inconsequential.

The researchers stress that this study is purely observational and that it doesn’t prove a cause and effect relationship between physician age and patient outcomes. The study only focused on hospitalists, with the findings possibly not translating to doctors in speciality fields. They do find the correlation interesting and warrant more investigation to find out the precise factors that are linked to this higher mortality rate.

“Older physicians bring invaluable richness of knowledge and depth of experience, yet their clinical skills may begin to lag behind over time. The results of our study suggest the critical importance of continuing medical education throughout a doctor’s entire career, regardless of age and experience,” said Anupam Jena.