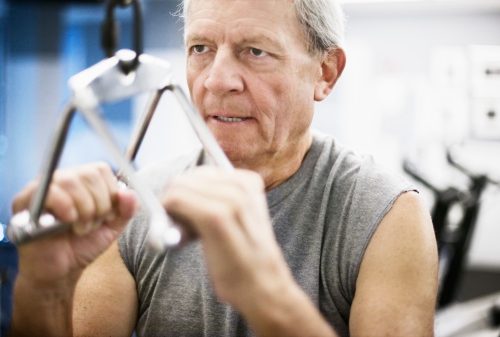 By now we know the importance of exercise, especially when it comes to the heart. But even something that is intended to be beneficial can pose a risk as well. Previous research on long-term sport practices revealed they are linked with an increased risk of atrial fibrillation, which contributes to chronic altered atrial substrate.

Sports cardiologist and research lead André La Gerche said, “Much of the discussion regarding the relative risks and benefits of long-term endurance sports training is hijacked by definitive media-grabbing statements, which has fueled an environment in which one may be criticized for even questioning the benefits of exercise. This paper discusses the often questionable, incomplete, and controversial science behind the emerging concern that high levels of intense exercise may be associated with some adverse health effects.”

Is there a non-linear dose-response relationship with exercise?

Elite athletes tend to live longer, but is this the effect of exercise or other factors, such as the absence of smoking and alcohol consumption?
Is endurance exercise in athletes associated with arrhythmias?

What are the potential mechanisms that predispose athletes to arrhythmias?

Is chronic cardiac remodeling a consequence of repeated bouts of injury?

Why is there disproportionate right ventricular injury following an acute bout of intense exercise, and are there any long-term consequences?

Is the risk of ischemic heart disease increased with intense exercise?

Dr. La Gerche concluded, “The answers regarding the healthfulness of ‘extreme’ exercise are not complete, and there are valid questions being raised. Given that this is a concern that affects such a large proportion of society, it is something that deserves investment. The lack of large prospective studies of persons engaged in high-volume and high-intensity exercise represents the biggest deficiency in the literature to date, and, although such work presents a logistical and financial challenge, many questions will remain controversies until such data emerge.”