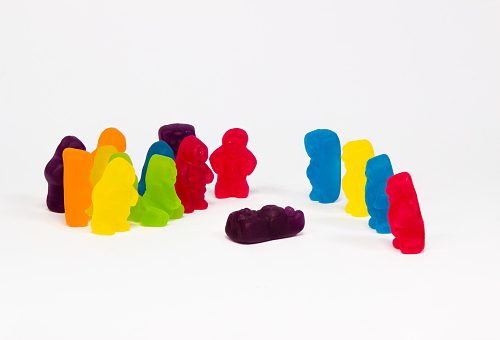 Fructose is a link in the metabolism of glucose; yet there is no real need for dietary fructose. When ingested by itself, fructose is not absorbed very well and is mostly cleared by the liver. When the liver gets overloaded it starts turning the fructose into fat.

Although it seems to be common knowledge that a diet high in sugar is not a good idea, statistics show that high fructose corn syrup intake in the United States is an overwhelming 55 pounds per person each year.

In the United States, a sweetener called HFCS is added to processed foods, including breads, cereals, soups, lunchmeats and condiments. It’s actually made up of sucrose and fructose – the majority being fructose. In its natural form (fruit) paired up with fiber, it has a much slower absorption rate. This means there are lower risks of insulin spike and diabetes. It is very different from processed fructose found in corn syrup.

Over the years, studies have suggested there are many negative effects of fructose. Obesity, type-2 diabetes, heart disease and some forms of cancer have been linked to fructose. 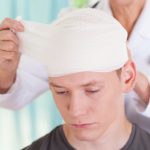 Over five million Americans live with traumatic brain injury. Sadly, for an estimated 52,000 people, head trauma leads to death each year. For this reason, a great amount of time is spent on studying brain health. Researchers at UCLA discovered that rats fed fructose-infused water and exposed to a pulse of fluid to the head that reproduced brain injury showed an inability to escape a maze that ordinarily they had no problems navigating. The team also noticed that the fructose altered several biological processes in the animals’ brains after the trauma. For example, neurons were unable to communicate with each other, record memories and produce enough energy to fuel basic functions.

This latest research suggests that fructose disrupts the pathways between the brain cells when we learn or experience something new. For people who are trying to recover from traumatic brain injury and are struggling to relearn, this makes it even more difficult. 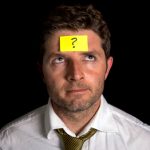 Ice cream, cookies, jellies and jams are examples of high fructose food items. It might surprise you to know that some yogurts, crackers and salad dressings also have a lot of fructose in them. In the UCLA study the high fructose diet side effects were obvious to the research team. The brain cells in the rats just had too much trouble signaling each other and thus made it hard for them to think clearly enough to recall the route out of the maze. Again, this was the same maze the rats found their way out of several weeks earlier without any problems.

The high fructose diet showed the rats developed insulin resistance. Insulin can penetrate the blood-brain barrier. Researchers suspect the hormone may signal neurons to trigger reactions that can disrupt learning and therefore cause memory loss. They concluded that eating too much fructose could block the insulin’s ability to store sugar for energy. Energy is required for processing thoughts and emotions. The whole idea that a high-fructose diet hurts the brain, as well as the body, is a relatively new revelation. 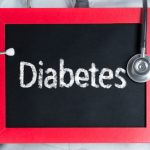 From a chemical standpoint fructose is similar to table sugar. We know that too much sugar of any kind is not healthy. Too many extra calories can lead to a host of health problems, such as weight gain, diabetes, metabolic syndrome and heart disease.

While disrupting insulin is one factor, as mentioned above, there is also research to suggest that high fructose has an impact on triglyceride levels and LDL (bad) cholesterol levels. Since fructose goes straight to the liver to metabolize, it is more likely to be converted into fatty acid and add to the triglyceride load, as well as cholesterol level. High cholesterol is a major risk factor for heart disease and stroke.

Reading labels when you go to the market and cooking with less sugar can help keep you healthier. The American Heart Association guidelines suggest no more than 100 calories of added sugar per day for most women, while men should limit their daily intake to no more than 150 calories. This works out to about six teaspoons of sugar for women and nine for men.


Reducing sugars in your diet 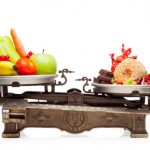 A lot has been written and said about sugars and diet. Countless studies have suggested that reducing sugars in our diet and improving our overall nutrition will significantly lower the obesity problem around the world. For instance, one study in Toronto, Canada suggested that drinking high-fructose beverages on their own not only led to weight gain, but led to men consuming more food, as well as higher levels of uric acid. When uric acid builds up it can cause gout, kidney stones or kidney failure. At the same time, there are some scientist who believe that too many calories from all food, not just sugars like fructose, are to blame for a lot of our health problems, including obesity related illnesses.

The United States Department of Agriculture estimates that close to 40 percent of the added sugars Americans consume come from soda and sports drinks. If you are a regular drinker of sweetened beverages, try to slowly scale back and if you can, get to the point where you have eliminated them completely from your diet.

Sugar comes in different forms; fructose or syrup, sugar, sucrose, dextrose, and maltose are just a few examples. When you pick something up off the shelf at the market and you read more than three different forms of sugar on the label, consider putting in back on the shelf and looking for a substitute.

When it comes to desserts, opting for homemade is best. That way you can control the sugar content. Keep in mind, you don’t have to use the same amount of sugar or syrup the recipe calls for. Often using half or three-quarters of what is called for does not hurt the taste or consistency of what you are baking.

Almost eleven percent of the average American’s caloric intake comes from fructose. It’s hard to believe when you consider that high fructose syrup has a fairly young history. It was first introduced to consumers in the early 1970’s, but did not take long to penetrate the American diet.

While some people just happen to have a sweet tooth and love sugary drinks, cookies, cakes, candy and fructose-filled processed foods, the risks associated with such a diet could end up being a bitter pill to swallow.

Why this popular beverage is bad for your health

The other health problem sugar puts you at risk for