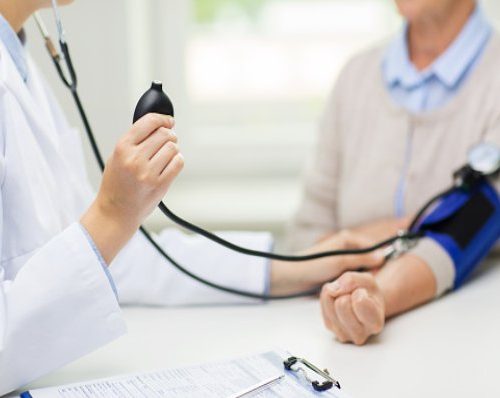 While there are a number of causes for the development of high blood pressure, such as genetics and lifestyle, new research from the University of Illinois and Brown University suggests that the bacteria found in the gut may play a factor.

It may take years for symptoms to present themselves, as it only appears when your body is unable to handle the increased pressure. Some common early signs include headaches and nosebleeds, but in the majority of cases, blood pressure has already reached a severe life-threatening stage.

While stiffened blood vessels and organ dysfunction are some of the most obvious culprits for high blood pressure levels, recent studies have found that when gut bacteria was killed off with antibiotics, drops in blood pressure were seen. This led the researchers to become curious as to what’s going on.

It was discovered that a gene for an enzyme in a certain bacteria changes cortisol, a steroid hormone that is commonly associated with stress levels, into another steroid known as androgen.

Further investigation found that when the bacteria in the gut broke down androgen, an end product called GALF disrupts the process that regulates sodium transports out our kidneys.


Molecule affecting the distribution of sodium

The kidneys are vital players in the regulation of blood pressure and are the focus of many kinds of blood pressure medications. Because of the GALF molecule, some receptors in the kidney cause a cascade of reactions to occur, with sodium being imported faster than it can be exported. This causes the cells to begin to swell into a dangerous hypertensive state.

While this definitely sheds new light, the researchers stress that gut bacteria may not metabolize cortisol all in the same way, or generate GALFs.

“Two people might have the same amount of the bacterium Clostridium scindens, for example, but one person might have the type that has the pathway for generating these steroids. You can only tell by quantifying the genes, but we have to find them first,” said Jason Ridlon, an assistant professor in the Department of Animal Sciences at the University of Illinois.

The researchers hope their research will one day lead to new drug therapy that can combat hypertension, but would require more researcher to better understand what the bacteria are actually doing.

Related: How to lower blood pressure quickly and naturally

When is the best time to check your blood pressure at home?