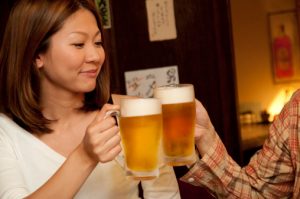 A new study suggests that heavy drinking can also increase the risk of lung problems. The negative impact of heavy drinking on liver is well known, but according to the new study, the lungs may be affected as well.

The researchers analyzed data from over 12,000 American adults and found that heavy drinkers and binge-drinkers (those who binge-drank at least once a month) had less nitric oxide in their exhale, compared to non-drinkers.

Nitric oxide provides protective properties for the lungs against specific bacteria. This is the first study to show a link between excessive alcohol consumption and lung health. Dr. Afshar added, “Lung doctors may need to take this into consideration.”