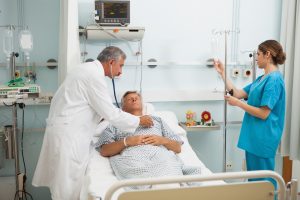 Imagine that one day we might be able to save people’s hearts by replacing their pacemakers with an injection of genes. Well, such “grow-your-own” pacemakers are now one step closer to reality.

Research and development is well underway. By injecting a single gene into ailing pigs suffering from a condition that slows heart rates, scientists have successfully converted heart cells into pacemaker cells.

In a study conducted by Los Angeles’ Cedars-Sinai Heart Institute and published in Science Translational Medicine in July, 12 pigs with heart block – a condition where the electrical signal is slowed or disrupted as it moves through the heart – were injected with either the single gene, called TBX18, to reprogram cells, or a fluorescent green protein acting as a placebo.

In simple terms, this gene therapy converted billions of regular heart muscle cells into much rarer specialized cells that keep the heart beating. The miracles of science!

RELATED READING: Surprising cause of blood clots and irregular heartbeats

The patch of peppercorn-sized cells acted as a pacemaker for a two-week period, performing the function of a conventional one. During this same period, cardiologists looked at the average heart rate of the pigs in the morning when they ate and at night when they slept. They found that the gene therapy was fast-acting, reprogramming enough muscle cells to effectively regulate heart rate within 24 to 48 hours. After eight days of testing, the average heart rate was much higher in the pigs that received the therapy than ones that did not.

This “biological pacemaker,” as it’s been dubbed by researchers, could be useful for certain patients, such as those who develop infections from electronic pacemakers and need to have the devices temporarily removed, or fetuses with life-threatening heart disorders who cannot have an electronic pacemaker implanted.

Since the early 1960s, pacemakers have been widely available, and they’ve constantly improved, becoming more safe and sophisticated. Conventional pacemakers are electronic, implanted into the chest to control an abnormal heartbeat. Electronic pacemakers restore regular function to slowing and arrhythmic hearts by using electricity to stimulate heartbeats. That’s a function usually performed by a cluster of thousands of cardiac cells that tell the heart to pump at a regular rate.

These mechanisms are lifesaving for many people with abnormal or slow heart rhythms. But they require an invasive surgery to be installed, carry the risk of infection and can set off alarms during those airport security checks. So scientists have long waited the day when an implant is no longer needed by patients.

Of course, the applications of this new research are still a long way off. And the benefits of a pacemaker usually outweigh the risks. Still, pig hearts are similar to human hearts in their size and the way they work, so there’s good reason to think that the new findings could translate to humans.

Meanwhile, pacemakers continue to be an important treatment for many abnormal heart rhythms, keeping hearts beating regularly and saving lives.