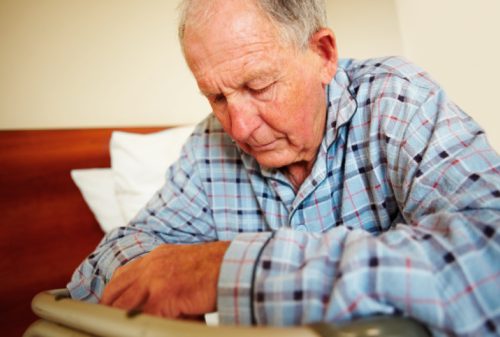 Quite common in heart failure patients, depression is caused by the biological changes that are associated with the heart disease and contribute to depressive symptoms, “so it might be that an antidepressant is not the right drug to treat this depression,” explained Angermann.

An estimated 10 to 40 percent of heart failure patients suffer from depression, which is an independent predictor of death and hospitalization among them.

Lexapro is part of a family of antidepressants known as selective serotonin reuptake inhibitors (SSRIs). It’s a widely used antidepressant, but its benefit for heart failure patients has long been unclear.
Treating depression in heart failure patients is important, as the condition could contribute to worsened health outcomes while treatment can improve overall health.

Unfortunately, SSRIs may not be the best mode of treatment for depression in heart failure patients, as numerous SSRI-based studies found no improvement.

Angermann added, “A good approach to the management of depressed heart failure patients could be to combine classical disease management strategies to optimize heart failure therapy, possibly in combination with cognitive behavioral therapy and physical exercise.”

In the study, 63 percent of patients on Lexapro either died or were hospitalized, compared to 64 percent patients on the placebo. These results indicate that there is no difference really between taking the antidepressant and not taking any medication at all.

Dr. Ami Baxi, director of inpatient and emergency psychiatry at Lenox Hill Hospital, added, “It is well-known that depression is often associated with heart conditions like heart failure, and that depression can result in adverse clinical outcomes. Given the known extensive benefits of SSRIs in the general population, the results of this study support a possible alternative cause for depression among patients with heart failure.”

The reason patients do not respond to antidepressants is because their depression stems from their heart condition, making them unresponsive to the treatment that works for other types of depression.