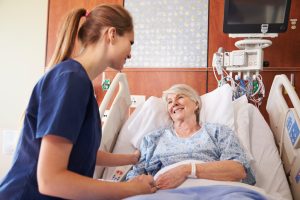 Heart failure after the first heart attack may raise the risk of cancer. Heart failure is a condition in which the heart becomes weakened as a result of damage and its functionality becomes limited. If the heart is unable to pump enough blood to other areas of the body, the risk of death, as well as the risk of heart disease, increases.

Cancer as a cause of death is usually separate from heart disease, but there is an association between the two. The researchers previously looked at the connection between cancer and heart disease and found a 70 percent greater risk of cancer in patients with heart disease.

Senior author Dr. Veronique Roger said, “Cancer constitutes an enormous burden to society, and both cancer and heart failure are well-known causes of increased mortality. Our research suggests an association between both diseases, and it’s possible that as we learn more about how this connection works, we can prevent deaths. In the meantime, physicians should recognize this increased cancer risk for heart failure patients and follow guideline recommended surveillance and early detection practices.”

An alternative study found that one in four patients will go on to develop heart failure within four years of their first heart attack. Researcher Dr. Johannes Gho said, “Heart failure is a major medical problem with a high chance of hospitalization and death. Patients with ischemic heart disease are at the highest risk. This includes those who have had a myocardial infarction, also called heart attack.”

“Research studying incidence of heart failure following myocardial infarction is limited and mainly stems from the thrombolytic era, when drugs were used to dissolve blood clots. Today, the preferred treatment for acute myocardial infarction is percutaneous coronary intervention (PCI) where a stent is used to open the blocked artery,” Dr. Gho continued.

The researchers analyzed data from 24,745 patients over the age of 18 who experienced their first heart attack but did not have a prior history of heart failure. The patients were followed on average for 3.7 years.

During the follow-up, 6,005 patients developed heart failure. Dr. Gho explained, “Around one in four patients developed heart failure within four years of a first myocardial infarction in the current era. This was relatively stable over time, possibly due to two competing trends. On the one hand, PCI has improved treatment for myocardial infarction, so the risk of heart failure would be expected to decrease. On the other hand, because treatment has improved, more patients are alive after a heart attack to subsequently get heart failure.”

Dr. Gho concluded, “Previous research looking at all-cause heart failure, not only after myocardial infarction, has found similar risk factors. Our large cohort study confirms that these are also risky conditions for heart attack patients in the current era. Identifying these prognostic factors in heart attack patients could help us predict their risk of developing heart failure and allow us to give treatments to reduce that risk.”