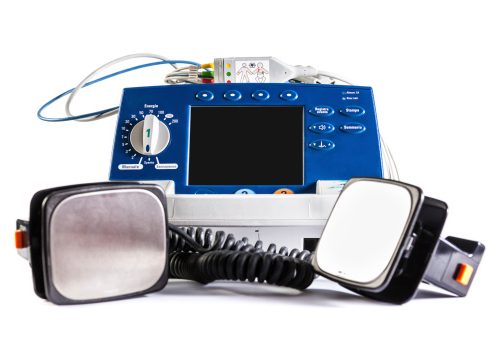 Heart failure death risk is reduced with cardiac resynchronization therapy (CRT). Research has found that those with implanted CRT can have a longer lifespan than those who receive traditional implantable cardioverter defibrillator (ICD).

The first study looked at CRT-D (CRT with defibrillator) in mildly symptomatic patients. The researchers found that patients who had CRT-D implanted for a left bundle branch block had a 41 percent reduction in death risk, compared to those who had ICD. Probability of early mortality at seven years was 18 percent for CRT-D patients and 29 percent for ICD patients. Five-year survival rate for CRT-D patients was nearly 90 percent.

Lead investigator Dr. Ilan Goldenberg said, “Based on our findings, we now have an intervention that can potentially change the outcomes for certain heart failure patients. We can intervene early in the course of the disease to reduce the risk of long-term mortality in these patients.”

Previous research has found an increase in survival rates in patients with CRT-D with severe symptoms later on, but this is the first to show CRT-D can be beneficial even in mild symptoms.

Goldberg added, “We were surprised by the consistency of results in each subgroup of these patients, regardless of age, gender, or the cause or duration of heart failure.”

Goldberg recommends similar research to determine effectiveness of CRT-D in patients with higher ejection fractions and in those with no symptoms of heart failure.

Recent research has found that even a mild heart attack can lead to sudden death in patients with non-ischemic cardiac muscle weakness, which is a type of muscle weakness caused by genetics. Researchers from the University Department of Internal Medicine II at the MedUni Vienna (Clinical Department of Cardiology) found that implanting a defibrillator as a means of prevention would greatly benefit the patients.