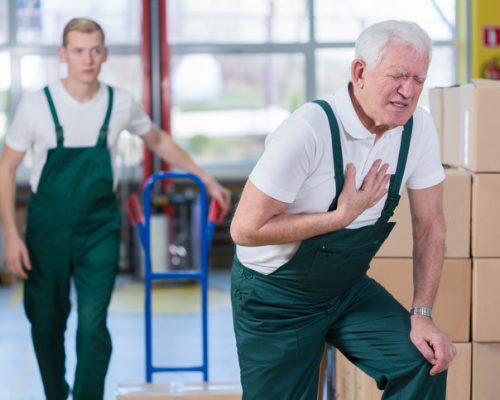 Heart failure speeds up the aging and triggers the onset of early male menopause, known as andropausal syndrome (AS). AS is characterized by a reduction in anabolic hormones, including testosterone, in aging men. Decreasing hormone levels are what contributes to clinical symptoms.

Symptoms of AS can be categorized into three groups: sexual – such as sexual dysfunction and low libido, psychological – for example, depression and irritability, and somato-vegetative, such as joint and muscle pain, sweating, and the need for more sleep.

It is well known that the risk of heart failure increases with age, and a decrease in anabolic hormones is common in men with systolic heart failure.

The researchers compared the prevalence of andropausal syndrome and severity of symptoms between 232 men with systolic heart failure and 362 healthy controls.

The researchers found that one-third of the men with systolic heart failure also suffered from AS. Heart failure led to a fourfold increase in the prevalence of AS in men aged 40 to 59. There was also greater severity in AS-related symptoms.

Prof. Jankowska added, “Heart failure leads to anabolic hormone deficiencies at a relatively young age and thereby accelerates male aging and the development of AS. These patients have poor quality of life and need endocrinological and sexual counselling.”

“This shows that it is the heart failure itself which impacts on the functioning of the endocrine glands. Further research is needed to determine whether androgen supplementation can reduce the severity of andropausal symptoms,” Prof. Jankowska concluded.

Lifestyle changes along with medical treatments can both be beneficial in treating heart failure. First and foremost, it’s important that you take all prescribed medications as directed by your doctor and do not make any changes to the regimen unless instructed. Additionally, it’s important that you consume a healthy diet consisting of plenty of fruits and vegetables, whole grains, lean proteins, and dairy, and reduce your intake of saturated fat, salt, and sugar.

Regular exercise is also important for maintaining heart health. If you’re a smoker, you should definitely quit, as smoking has been found to thicken the heart walls, which can speed up heart failure.

Other tips include reducing your intake of alcohol, keeping up-to-date with your vaccinations to ensure you don’t fall ill, managing your weight, getting plenty of sleep, and reducing stress as much as possible as that can be quite taxing on your heart.

Why ‘good’ cholesterol may actually be bad for you