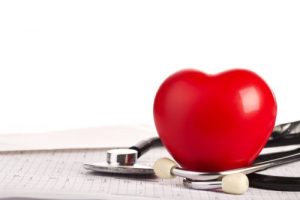 Significant drops were seen among women, blacks, and whites. Having health insurance was associated with better outcomes, too.

The study was carried out by the researchers from the CDC who attributed the decline to better management and prevention of modifiable risk factors such as cholesterol, blood pressure, smoking, diabetes, and obesity. Although cholesterol and blood pressure are not down, people are managing these conditions better.
Diabetes and obesity are on the rise. However, people are managing their high blood sugar – which could also be a contributing factor – better.

Lead study author Sung Sug (Sarah) Yoon said the decline in heart disease rates “could relate to general trends in lifestyle changes, such as improved diet, increased level of physical activity, or other factors such as prophylactic aspirin use among U.S. adults.”

“Furthermore, anti-smoking prevention efforts have resulted in a decreased prevalence of cigarette smoking, which may have contributed to the decrease in coronary heart disease prevalence,” she concluded.