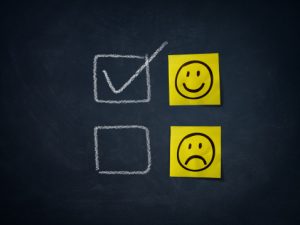 A healthy heart after heart disease is possible with good emotional health and positive emotions, according to the latest findings. Once a heart attack occurs it’s important to take the necessary steps in order to prevent a future episode from occurring. Heart attack prevention may consist of reducing plaque build-up, which may have caused the primary event, or by delaying the progression of an underlying coronary artery disease (CAD).

Atherosclerosis causes coronary artery disease, and just because you have experienced a heart attack, it doesn’t mean that atherosclerosis won’t continue, which can contribute to a second cardiovascular event. Lifestyle changes along with drug therapy should be utilized together as a means of delaying CAD as best as possible.

The lifestyle changes include maintaining a healthy weight, eating a healthy diet, exercising, quitting smoking and control diabetes or hypertension if present. Your doctor may also prescribe you either statins or a daily aspirin. Unfortunately, taking the medication is much easier than embarking on the lifestyle changes, but it is lifestyle changes that will give you the highest success in lowering your risk of a future cardiovascular event. A cardiac rehabilitation may be helpful to patients as a means to get on the right track to healthier living.

Another important aspect in deterring future heart attacks is proper emotional health. As researchers have found out, positive emotions, too, can play a role in a healthy heart.

Participants’ psychological states were assessed at the beginning of the study as a baseline and then once again after five years. Participants were to report the extent to which they had felt 10 positive emotions, including feeling interested, proud and inspired. Medication adherence, sleep quality, alcohol and cigarette consumption were also reported at the beginning of the study and again at the follow-up five years later.

The researchers said, “Higher levels of positive emotions were associated with less smoking, greater physical activity, better sleep quality and more adherence to medications.” No correlation was found between positive emotions and alcohol use.

Increases in positive emotions over the five years were associated with improvements in physical activity, sleep quality and medication regime.

People found to have positive emotions are more likely to partake in positive lifestyle habits as well. They are confident and they are sleeping well, so they have energy to do other healthy behaviors. The researchers added, “Efforts to sustain or enhance positive emotions may be promising for promoting better health behaviors.”

Role of positive and negative emotions on heart health

Harvard T.H. Chan School of Public Health reports on numerous studies that suggest negative and positive emotions impact our overall health. Although research on positive emotions and health are limited, there is an abundance of research supporting the fact that negative emotions go as far as negatively impacting health.

Some researchers suggest that positive emotions can combat stress – although how this happens is unknown. Furthermore, the available research also outlines that those who experience more frequent positive emotions are more likely to partake in healthy lifestyle behaviors, such as giving up smoking or exercising more. Furthermore, remaining positive can improve quality of sleep as well as boost antioxidants in the body.

Negativity has, for a long time, shown to be dangerous to the heart. In a Canadian study researchers outlined nine harmful factors for the heart including smoking, obesity and lack of exercise, to name a few. Researchers found that psychological factors – including family and work stress – were linked with an increased risk of heart attack. So much so that those with high levels of psychological factors have nearly as much of a risk of experiencing a heart attack as those who smoked.

If you want to boost your health and protect your heart, it’s all about becoming more positive. Sure, it may seem difficult to always be positive, but the below tips can help you boost your mood for better health:

Take care of your body as a whole, and it will greatly repay you by protecting your health for many years to come.

Risk of heart attack not increased by sex