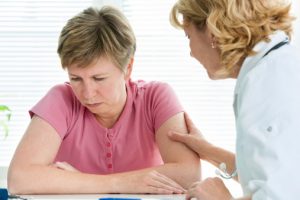 A recent article published in the Journal of the American Heart Association  states that postmenopausal women with heart disease have a higher risk of developing dementia or other forms of decreased brain function.

According to the article, nearly 6,500 U.S. women aged 65-79 with healthy brain function were put through a series of neurocognitive exams.

By the end of the study, the researchers conducting this study found that:

According to study author Bernhard Haring, M.D., M.P.H., from the University of Würzburg in Germany, although this study demonstrates a clear relationship between dementia and heart disease linked to menopause, the severity of cognitive decline varies with different types of heart or vascular disease.

He further adds that women with heart disease, especially those have had a heart attack, heart failure, atrial fibrillation, bypass surgery, carotid endarterectomy, or any peripheral vascular disease should be monitored by their doctors for potential brain function deterioration.

While the researchers are still not sure why this association exists, Dr. Deborah Rohm Young, vice-chair of the American Heart Association’s Physical Activity Subcommittee, believes it could be related to a decrease in estrogen levels.

As the risk of cognitive decline associated with heart disease is higher in women who have gone through menopause – compared to women in their premenopausal years – maintaining heart health is of utmost importance for postmenopausal women. Here are a few tips for optimal heart health.

The American Heart Association (AHA) recommends getting your body mass index checked during every regular healthcare visit, your blood pressure checked at least every two years, blood glucose levels checked every three years, and cholesterol checked every five years. And, yes, checking your waist circumference as needed is also a good idea.

In an effort to keep heart disease at bay, postmenopausal women should try to aim for at least 150-175 minutes of physical activity every week. As Rohm Young puts it, “it’s never too late to start exercising”.

A healthy diet can never be underestimated as it goes a long way in ensuring efficient heart function and overall wellbeing. While legumes, unsalted nuts, and fatty fish are excellent options, the basics of six to eight servings of whole grains and four cups of fruits and vegetables per day should be adhered to.

Depression, one of the postmenopausal afflictions, can double the risk of stroke, so it’s imperative to stay positive and not dwell too much on the negatives. These women should try to embrace this time in their life by eating right, exercising, and socializing with friends.

In addition to the above four rules of thumb, healthy lifestyle changes – quitting smoking, maintaining healthy body weight, keeping other medical conditions in check – will go a long way in reducing the risk of heart disease.

The medical community is aware of the significance of dementia, and its increasing prevalence in developed countries. Researchers of the current study believe that to keep this degenerative condition in check, more studies should be done to understand how cardiovascular disease prevention may help to preserve cognitive health.