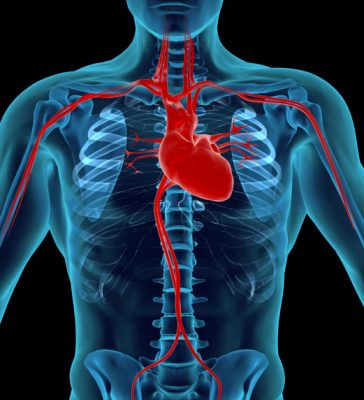 Daily fluctuations in temperature are associated with an increased risk for heart attack and stroke.  The mortality rate due to cardiovascular conditions during the winter season has been reported to be higher than in the summer.

The winter season is just around the corner and some of us are getting ready for the cold days and nights associated with low temperatures and several inches of snow on the ground.  Winter is also the time for the holidays, when loved ones and good friends come visit and catch up with each others lives.  This festive time of the year always brings back good memories, with the coming winter bringing in new memories to keep.

Amid these joyful events that often happen during winter, this season is also associated with a higher incidence in heart disease.  According to a recent medical report, the mortality rate due to heart attack and heart disease is alarmingly higher during winter and thus it is important for the general society to understand that underlying cause of this.  It may also be helpful to be aware of certain activities that may increase an individual’s heart attack risk.

The medical report described a study involving approximately 11,412 patients who were admitted to the emergency room from January 1998 until February 2010 for either a heart attack or a complication associated with heart disease.  These patients were then further classified according to the heart condition that they developed, namely a heart attack, an aortic aneurysm, or an aortic disease.  In addition, the current temperature during the day that the patients were brought into the emergency room was also collected in order to establish whether the weather played a role in the increasing heart attack risk.


The Results of the Heart Attack Risk Study

The results of the study showed a significant association between the occurrence of heart attack or complications with heart disease when the daily temperature was low.  The number of hospital admissions was therefore higher during the winter, whereas visits to the emergency room during summer, spring, and fall were lower.

The researchers of this medical study discussed that the fluctuations in temperature during the wintertime, in which the temperature dips during the evening and rises during the day may have increased the heart attack risk of the study participants.  These fluctuations are less likely to be observed during the other seasons of the year, where the temperature range for the day and night stays within a small range.  In addition, the heart attack risk of elderly individuals are generally higher than the younger members of society and thus, coupling this with lower temperatures during the winter often results in a higher incidence of deaths due to cardiovascular ailments.

The results of the study may be very useful for both physicians and the general society because this provides a direct examination of the role of temperature in increasing heart attack risk.  Although the factors influence the development of heart disease have long been established, it is also important for the general public to be aware of other external factors that may trigger the occurrence of cardiovascular incidents.

The recent medical report has also shown that air pressure does not influence the incidence of cardiovascular events and that temperature serves as the main factor that increases problems associated with heart disease.

The medical report may be used by readers as a guide on how to plan for the winter season, especially when elderly individuals are present in the family.  It may thus be beneficial to consider spending the holidays in a warmer place, or increase the heating temperature in the home, or possibly keep the fireplace running during the winter season.  This may help keep the family warm and cozy during the cold months and more importantly, possibly decrease the chances of cardiovascular conditions during winter.  Following a healthy lifestyle of eating fruits and vegetables may also help in increasing the quality of one’s heart health.