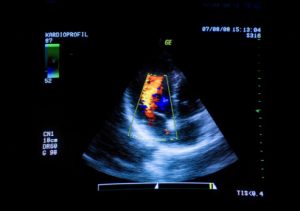 Heart attack causes muscle inflammation and swelling in two waves within a week of heart attack. Current notion is that myocardial edema – heart swelling – only occurs once after heart attack, but the new findings challenge this common belief and suggest it occurs in two waves post-heart attack.

The researchers of the study believe that their new findings on the second wave of heart inflammation may advance the use of cardiac MRI to assess the damage caused by heart attack.

The research team first believed that two-wave inflammations occur first after a myocardial infarction and secondly, by an increase in myocardial tissue thickness, which lasts a week. But they then realized that the first wave of inflammation only lasts for a few hours, and the second wave occurs one week later.

This study was presented at the AHA Scientific Sessions 2014 as the Late-Breaking Clinical Trial, and was published in the Journal of the American College of Cardiology (JACC).

Previous research has found the cause of heart inflammation being the attacks from a specific type of immune cells. These immune cells begin to attack the heart muscle, because during maturation they did not develop a tolerance against a protein found solely in the heart.

Heart inflammation commonly occurs after a fatal or dangerous heart enlargement. For many, a heart transplant is the only remedy. It has been long speculated that heart muscle inflammation is a result of faulty immune response.

Researchers from Harvard, the Dana Faber Cancer Institute, and other U.S. research institutes, along with Professor Dr. Bruno Kyewski of the German Cancer Research Center came together to investigate which protein the immune cells target, and whether or not these are antibodies or immune cells that damage the heart.

The researchers studied mice and discovered α-MyHC, a type of heart muscle protein called myosin, is the target for auto-aggressive immune cells. This protein is only found in the heart muscle.

But why would immune cells begin to attack this protein? Dr. Kyweski explained, “This is the result of a lack of tolerance training. We have now discovered that there is no α-MyHC in the thymus tissue of these mice. T cells therefore have no opportunity during their ‘education’ to meet this protein and thus develop specific tolerance.”

The researchers conducted their research on humans and found similar results, because thymus tissue does not produce α-MyHC, thus allowing for human T cells to attack the heart. Dr. Kyweski added, “Normally, this causes no problems. But if the cardiac muscle gets damaged by a viral infection or an infarction, and larger amounts of α-MyHC are released from the defective tissue, the fragile tolerance breaks down.”

Until treatment is created to target autoimmune myocarditis, current treatments involve suppressing the production of antibodies.