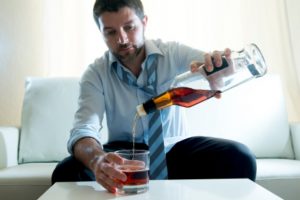 Heart attack, atrial fibrillation, and congestive heart failure risk increases with alcohol abuse. The risk of these heart conditions has been found to climb up with excessive alcohol drinking as much as with other known risk factors such as high blood pressure, diabetes, smoking, and obesity.

Heart disease still remains to be the number one killer among men and women despite advances in prevention and treatment.

Lead researcher of the study Gregory M. Marcus explained, “We found that even if you have no underlying risk factors, abuse of alcohol still increases the risk of these heart conditions.”

The researchers analyzed data from Californians of drinking age collected between 2005 and 2009. Among 14.7 million patients, 1.8 percent were diagnosed with alcohol abuse. After adjusting for other risk factors, the researchers found a twofold increase of the atrial fibrillation risk, 1.4-fold increase in the risk of heart attack, and 2.3-fold increase of the congestive heart failure risk. The risks were compatible with the risks associated with other modifiable factors.

By eradicating alcohol abuse, the researchers estimate 73,000 fewer atrial fibrillation cases, 34,000 fewer heart attacks, and 91,000 fewer patients with congestive heart failure in the United States alone.
Marcus added, “We were somewhat surprised to find those diagnosed with some form of alcohol abuse were at significantly higher risk of a heart attack. We hope this data will temper the enthusiasm for drinking in excess and will avoid any justification for excessive drinking because people think it will be good for their heart. These data pretty clearly prove the opposite.”

Previous studies suggest that moderate alcohol intake may improve heart health, but even low to moderate intake of alcohol has been linked to a higher risk of atrial fibrillation.

Marcus continued, “The great majority of previous research relied exclusively on self-reports of alcohol abuse. That can be an unreliable measure, especially in those who drink heavily. In our study, alcohol abuse was documented in patients’ medical records.”

Heart disease risk seen higher in those with shoulder pain