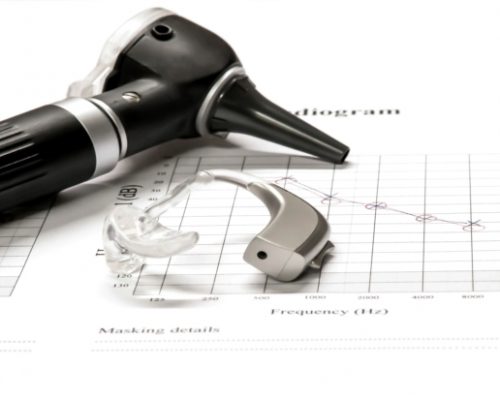 Hearing loss in schizophrenia can be improved by targeting specific receptors in the brain. Lead author Joshua T. Kantrowitz explained, “Slight variations in our tone of voice are an important way of communicating emotions, such as happiness or sadness. This inability to detect subtle changes in pitch can also make it difficult to ‘sound out’ words while reading, with over 70 percent of patients meeting criteria for dyslexia and further exacerbating communication problems in social and work situations. But while psychiatrists have recommended medications for symptom control, these treatments have not addressed the underlying auditory deficits.”

The researchers compared the ability to learn from hearing tasks (referred to as auditory plasticity) among 40 schizophrenia patients and 42 healthy controls. Each individual listened to a series of tone pairs and had to indicate which tone was higher.

Dr. Kantrowitz added, “People with normal auditory plasticity usually get better at discriminating between the two tones as the test progresses, reflecting the ability to learn. And that was the case with the healthy controls in our study.”

The researchers speculated that the problem stems from a of the NMDA receptors that are critical for learning and memory. Improving the activity of the NMDA receptors could improve learning function. To address this issue, some of the schizophrenia patients were given D-serine (an amino acid known to activate these receptors) once a week for three weeks, while others received a placebo. Improvements were only seen in patients who took D-serine often.

Dr. Kantrowitz concluded, “It remains to be seen whether D-serine or another NMDA-activating drug is best suited for this purpose. What’s important is that we now know that people with schizophrenia can improve their pitch detection with a combination of auditory training exercises and repeated doses of a learning-enhancing drug that effects the NMDA receptor.”

Researcher Dean F. Salisbury explained, “This is the first time this [brainwave] abnormality has been shown in first-time hospitalized patients and we’ve shown it using a couple of different sounds.”

There isn’t one sole gene responsible for schizophrenia. A number of genes have already been detected and associated with this condition.

Salisbury explained the study findings, “The brainwave response to tones is a reductionistic measure. It is a very simple brain event coming from a small part of the cortex, but represents an important function of the brain. It is much simpler than something as complex as a thought or memory, which likely involves many different brain functions across many different brain areas. Trying to find one gene related to a disordered thought is likely impossible. Finding one gene related to an early brain response occurring in a well-defined part of the brain is much more likely.”

Once specific genes are identified, then drugs can be developed to target these genes.

“A drug therapy that might improve performance in one genetic pattern might actually impair performance in another. Having a better understanding of what the person’s underlying pattern is can tailor the therapeutic intervention. This finding is interesting and shows it can be a tool for further genetic studies. The important implication is that we can use the brain waves to drive the genetic analysis,” Salisbury concluded.