Home » Health News » Heard of Golden Milk or Turmeric Tea? How This Ancient Blend May Help You Stay Healthy This Season 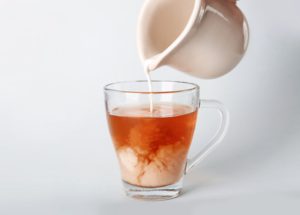 Golden milk, or turmeric tea, has been gaining some steam in Western culture in recent years. The Indian drink with roots in Ayurvedic medicine may help boost immunity and offer other benefits that might help keep you healthy this season.

The bright yellow drink is traditionally made with warm cow’s milk, turmeric, and other spices like cinnamon and ginger. Touted for a host of benefits that are primarily a result of antioxidant activity, golden milk may be particularly useful during America’s cold and flu season.

Curcumin, the active ingredient that gives turmeric most of its benefits, might possess immune-boosting qualities. Coupled with the fact that ginger and cinnamon are often added to the drink, it could be a useful tool to keep you healthy this winter.

Test tube studies have shown curcumin can fight bacteria, virus, and fungus; however, human studies are lacking. That said, there are centuries of anecdotal evidence to support its use. Golden milk has been used to prevent or treat illness in India for centuries.

Additionally, there is evidence that both ginger and cinnamon feature compounds that battle infection and inhibit bacterial growth.

You can easily make golden milk at home, and a single serving can be ready to sip in slightly over 10-minutes. All you need is:

Mix all the ingredients into a small pot and bring to a boil. Reduce heat and simmer for about 10-minutes, or until fragrant. Strain through a fine strainer into your mug and top with a sprinkling of cinnamon. You can make it in advance and store in the fridge for up to five days.

To potentially boost your immune system, stave off a cold, and improve general health this winter, Golden Milk may be a useful addition to your seasonal health routine. Its yellow color it’s sure to fit nicely into the season, so give it a try!