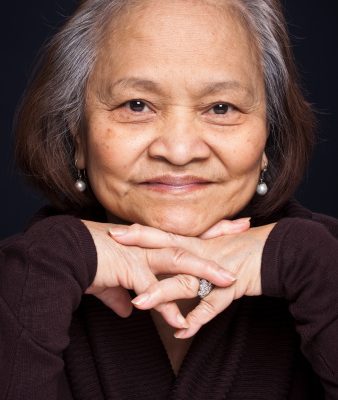 Mary Shelley’s novel, Frankenstein was first published in 1818.  In this world-renowned classic, Dr. Frankenstein tries to carry out his dream of extending life by restoring body parts of the dead. His plan backfires and he creates a monster. This fictitious character’s quest seems so far-fetched, but the desire to create ever-lasting life may not be so out of touch after all. They say now-a-days 40 is the new 50 and 50 is the new 60, and so on. People are working harder and harder to look younger and live longer.

Aging is something we can’t avoid, but Americans still spend millions on anti-aging products and are always looking for the next best anti-aging solution. Doctors and nutritionists around the world will still tell us that if you want to live a long life the key steps are…don’t smoke, exercise regularly, eat wholesome foods, avoid fats, and avoid a lot of

Aging and Health Tips on How to Extend Your Life

In the last decade there has been a lot of emphasis on the science of aging and how to live a longer, healthier life. What scientists have discovered is that there is a lot more to hitting that magic number; 100 than those key steps mentioned above. Here’s a look at some science based health tips you can consider if you want to live to be 100 or older.

Heart disease is the leading cause of death for both men and women in the United States.  Studies show that gum disease can contribute to cardiovascular disease. Gum disease which creates inflammation may be responsible for the problem. Although the inflammation theory continues to be debated, recent investigations including one involving researchers in Italy and the U.K have pointed to a protein called CRP that is associated with inflammation. The scientists believe that simple teeth brushing and flossing could help reduce the risk of the inflammation and therefore the risk of heart disease.

RELATED READING:
If a 103 Year Old Can Become Stronger, Smarter and Feel  Younger, Why Can’t You?

Eastern cultures have used herbs for centuries believing that they have anti-aging properties and the ability to help ward off problems like inflammation. In recent years western based researchers have come to suggest that curcumin; a substance found in the yellow colored Indian spice turmeric, can be effective in reducing inflammation. One study, published this month in “Phytotherapy Research” indicates that curcumin has been effective in helping people who suffer from rheumatoid arthritis, and that it could have other unexpected anti-aging effects.

A good night’s sleep always does wonders for our bodies. It restores and rejuvenates us. Some say it even helps us look younger when we get a full 8 hours in. Sleep specialists say that catching the right amount of Zzz’s can lengthen your life. A lot of sleep research has been conducted through the University of Pittsburgh, where they have concluded that sleep disturbances have serious health effects on life expectancy. It seems those who don’t get enough sleep have to turn to health providers more often. One study of 185 older adults, showed 66 who stayed awake for long periods of time during the night, passed away. The study, published in “Psychosomatic Medicine” did factor in any health issues the participants had at the time of the experiment.

The Anti- Aging Magic of Oil

Nutritionists often promote the benefits of consuming omega 3 but what about omega-9 fatty acids. A report in “Neurology” suggests that omega 9 could play a role in reducing the risk of stroke. There is evidence that omega 9’s do a good job at penetrating cells and neurotransmitters to communicate with the brain quicker.

There are other daily habits you can acquire to achieve a healthier lifestyle and increase your chances of becoming a member of the over 100 club; however, many anti-aging experts believe the above tips are a good start.