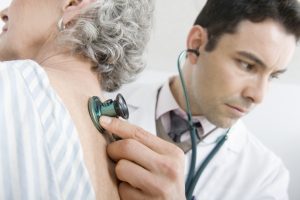 A new study has found that over half of Americans live with chronic health problems. Study authors Elizabeth Lee Reisinger Walker and Dr. Benjamin Druss explained, “The health of individuals in the U.S.A. is increasingly being defined by complexity and multimorbidity, the co-occurrence of two or more chronic medical conditions.” The authors stressed that individuals with more than one health problem require greater access to care and better coordination among various healthcare providers.

The study looked at asthma, liver cirrhosis, diabetes, heart disease, hepatitis, high blood sugar, HIV/AIDS, lung cancer, pancreatitis, lung cancer, and stroke.
The study found that nearly 40 percent of Americans had at least one chronic medical condition and 18 percent had been diagnosed with mental illness in the past year. Fifteen percent were living in poverty. Those with more than one chronic condition generally had less education, were unemployed, and were receiving government aid with no health insurance.

Walker concluded, “Just over half of adults in the U.S. have one or more chronic condition, mental disorder, or dependence on substances. These conditions commonly overlap with each other and with poverty, which contributes to poor health. In order to promote overall health, it is important to consider all of a person’s health conditions along with poverty and other social factors.”