Home » Colon And Digestive » Gut flora plays important role in the success of weight loss, even after a strict diet 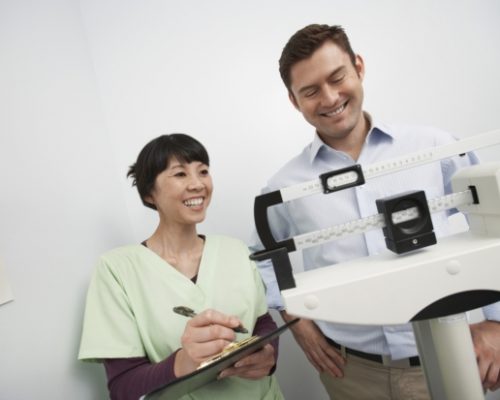 Gut flora plays an important role in the weight loss success, even after a strict diet. After losing weight, some people gain it back – this is sometimes referred to as “yo-yo” obesity. In addition to gaining that lost weight, some people even end up with more pounds than they had before their weight loss. During each such cycle of weight loss and weight gain, the body accumulates more fat, so there is a higher risk of developing a metabolic syndrome or other complications associated with fat accumulation.

A study in mice showed that intestinal microbes play an unexpected role in post-dieting weight gain. These findings may lend way to future treatments for preventing weight gain after weight loss.

The researchers found that after a weight loss/gain cycle, all the mice’s body systems returned back to normal – except for the microbiome. During the six months following the weight loss, post-obese mice retained an abnormal obese microbiome.

Lead researcher Dr. Eran Elinav explained, “We’ve shown in obese mice that following successful dieting and weight loss, the microbiome retains a ‘memory’ of previous obesity. This persistent microbiome accelerated the regaining of weight when the mice were put back on a high-calorie diet or ate regular food in excessive amounts.”

The researchers supplemented post-dieting mice with flavonoids in their water, this way bringing their flavonoid levels back to normal. Even when the mice went back on a high-calorie diet, they did not experience additional weight gain. Prof. Segal explained, “We call this approach ‘post-biotic’ intervention. In contrast to probiotics, which introduce helpful microbes into the intestines, we are not introducing the microbes themselves but substances affected by the microbiome, which might prove to be more safe and effective.”

Recurrent obesity is a growing problem worldwide. In Dr. Elinav’s words, “Obesity affects nearly half of the world’s adult population, and predisposes people to common life-risking complications such as adult-onset diabetes and heart disease. If the results of our mouse studies are found to be applicable to humans, they may help diagnose and treat recurrent obesity, and this, in turn, may help alleviate the obesity epidemic.”