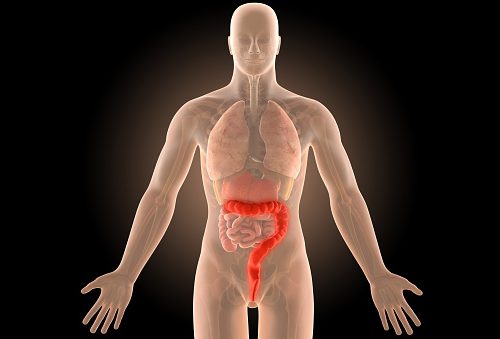 Living our lives unhealthily predisposes us to develop illness and disease later in life. Of these, colorectal cancer is by far one of the most common, being the second leading cause of cancer-related death in the United States. Its severity can be partly attributed to the lack of screening for the cancer, as current methods are invasive and uncomfortable, involving the insertion of a flexible tube with a camera into the rectum in order to view the gastrointestinal lining directly. However, new developments in screening research have identified a type of bacteria in the gut that may help diagnose more cases of colorectal cancer.

Researchers at Baylor College of Medicine and other institutions have identified specific types of bacteria that appear to be present in abundant amounts in those with colorectal cancer. They may serve as a biomarker for a disease that usually involves a colonoscopy or a home-based stool blood test to diagnose. These tests tend to be inconvenient for patients and perhaps to violating to endure, so much so that more than 30 percent of individuals 50 years or older (a high-risk group for colorectal cancer) admit to never having done such screenings.

Previous studies have shown an association between fecal microbes and colorectal cancer, and in order to accomplish this, raw data of bacterial DNA sequences across multiple cohorts was reanalyzed from several studies.

This task was incredibly large and complex, as many different studies between medical centers in the way each collected and stored stool samples and the methods used to process the bacterial DNA in stool were different, making it problematic to ascertain particular strains of bacteria. But with the use of bioinformatic tools for analyzing next-generation sequencing data, it was achievable.
“The fact that even when we combined several different studies we could correctly classify a sample as a colorectal cancer case or control with 80 percent accuracy solely based on microbial abundances was very encouraging,” Shah said. “This is a promising first step to develop a noninvasive test that might be used in the detection of colorectal cancer, supplementing colonoscopy or fecal occult blood tests,” said Dr. Emily Hollister, assistant professor of pathology at Baylor and Texas Children’s Hospital.

“The same strategy could be applied for developing diagnostic tests or therapeutics for other diseases such as inflammatory bowel disease, nonalcoholic steatohepatitis (a form of non-alcoholic fatty liver disease), type 2 diabetes and Alzheimer’s disease, among others for which the microbiome is currently being investigated,” said Dr. Manasi Shah, graduate student at the University of Texas School of Public Health during the project.