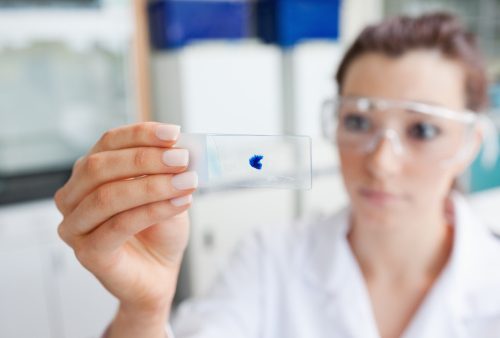 Humans have been striving to find a cure for cancer since day one. Cancers, such as ones that affect the pancreas, are notorious for being difficult to treat, leading victims and their families to live through grief and heart break.

This is what makes discovering a new substance to combat cancer very exciting. A small green sponge discovered in the dark icy waters of the Pacific Ocean holds promise to treat cancer.

Pancreatic cancer can be very aggressive, spreading rapidly to nearby organs in late stages. It is rarely caught in the early stages of the disease, so the disease often has a poor outcome. Treatment often involves chemotherapy, radiation, surgery, or a combination of each.

Signs and symptoms of pancreatic cancer include:
• Pain in the upper abdomen that radiates to your back
• Loss of appetite or unintended weight loss
• Depression
• New-onset diabetes
• Blood clots
• Fatigue
• Yellowing of your skin and the whites of your eyes (jaundice)


Sponge with cancer treating properties found in the Pacific off Alaska

A green sponge called Latrunculia austini was found living on rocks nearly 230 to 720 feet below sea level. While originally discovered in 2005, its application for treating pancreatic cancer spells is great news.

“One would never have imagined looking at this sponge that it could be miraculous,” said Bob Stone, a researcher at the NOAA Alaska Fisheries Science Center.

Pancreatic cancer is known for progressing very slowly, often leading it to be underdiagnosed and leaving patients in a state where treatment is no longer an option. However, the active molecules found on this green sponge may soon make treating pancreatic cancer at any stage a real possibility.

“This is undoubtedly the most active molecule against pancreatic cancer that we see. Although there is still much work to be done, it marks the first key step in the discovery and process of developing a treatment,” said Mark Hamann, a University of South Carolina researcher.

Can you live without a pancreas?
Biomarker for pancreatic cancer identified allowing for early detection