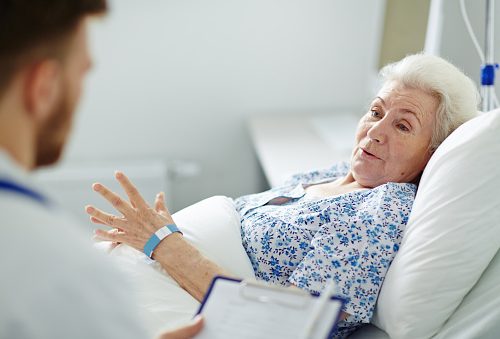 Gout is a condition caused by a buildup of uric acid, normally around the joint in the big toe. This condition leads to swelling of the toe along with severe pain, which can be crippling to patients. A main treatment goal to reduce gout flare-ups is to eliminate uric acid in the body. Uric acid is a by-product of purines that is found in many foods that we eat. Aside from changing one’s diet to exclude foods that are high in purines, doctors may also prescribe medications i to rid the body of excess urate.

Unfortunately, this lack or urate-lowering treatment is resulting in greater hospital visits for gout patients.

Lead author of the study, Dr. Mats Dehlin, explained, “The incidence of hospitalisation for primary gout has increased substantially in Sweden over the last decade, and this is reflected in the associated health care costs. Although we would expect more hospitalisations due to the increasing incidence of gout among an aging population, the problem is being exacerbated by the fact that only one fourth of hospitalised patients were on the recommended ULT preceding their admission.”

Gout is a highly prevalent form of arthritis worldwide and cases have been increasing drastically in North America. Dr. Dehlin added, “It is important to collect these data from different parts of the world as there will be variations in gout prevalence and the course of the disease, due to cultural, ethnic and genetic factors.”

As mentioned, the foods we eat can contribute to gout flare ups, so it’s important that you eat the right foods to reduce the symptoms. Foods to avoid entirely in a gout diet include seafood, red meat, sugary beverages, and alcohol. Additionally, persons with gout should limit or completely avoid the following, as these foods are known to be high in purines. Some foods, although containing purines, can still be enjoyed in moderation. These are grouse, mutton, bacon, salmon, turkey, partridge, trout, goose, haddock, and pheasant. If you choose to enjoy these items, you should curb your intake to four to six ounces a day.
Although meat is the primary culprit for gout attacks, patients should also limit their consumption of refined carbohydrates, including white bread, cakes, candy, and pasta—you can consume whole grain pasta, though.

Now that you are aware of what foods to limit or avoid, here is a list of foods that can easily be enjoyed even if you have gout:

Not only will these foods reduce your risk of gout attacks, but they can also aid in and promote weight loss, which may be of great help to many gout patients.

Related: Gout diet: What to eat and what to avoid

Purine-rich foods: Foods to avoid to reduce the risk of gout