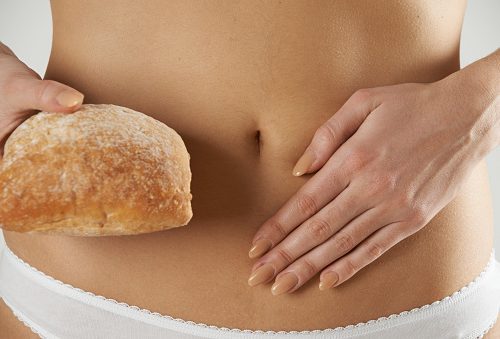 The gluten-free craze has been sweeping the nation for the last couple of years with claims that it benefits health. Millions of Americans have adopted a gluten-free or low-gluten diet, making it a multi-billion-dollar industry. But researchers warn that this lack of gluten may have an adverse effect on our health and even increase the risk of developing diabetes.

Gluten is the name given to the protein found in wheat, rye, and barley. This protein helps give foods made with wheat a puffy, full-bodied shape that is seen in baked goods. Gluten essentially acts like the glue that holds food together and can be found in more products than just bread.

The initial reason gluten free diets came about was to treat a condition called celiac disease—an autoimmune disorder known to affect at least three million people in the U.S. It causes an immune reaction to occur in the small intestine when gluten is consumed. This reaction damages the gut lining, leading to malabsorption of nutrients and a slew of other symptoms that may lead to further complications. These symptoms include:

What is confusing to researchers is why more and more people are adopting gluten-free diets despite not having a gluten intolerance. In fact, some nutritionists advise against avoiding gluten and recommend a well-balanced diet, including whole grains and other foods containing gluten.

A team of researchers devoted their time and efforts to a long-term study on the controversial wheat protein that suggests a link exists between gluten consumption and type 2 diabetes.

“We wanted to determine if gluten consumption will affect health in people with no apparent medical reasons to avoid gluten. Gluten-free foods often have less dietary fiber and other micronutrients, making them less nutritious and they also tend to cost more,” said Geng Zong, Ph.D., one of the study’s authors and a research fellow in the Department of Nutrition at Harvard University.
Gluten consumption was measured for 199,794 individuals who were enrolled in three long-term studies: the Nurses’ Health Study (NHS) I and II, and the Health Professionals Follow-up Study (HPFS). Participants answered a questionnaire involving frequency of gluten consumption every two to four years. It was documented that on average, the participants consumed under 12 grams of gluten per day, with the average daily consumption being 5.8 grams for the NHS I study, 6.8 grams for NHS II study, and 7.1 grams for HPFS. The participants were followed for approximately 30 years, between 1984-1990 and 2010-2013, and in these 30 years, 15,947 cases of type 2 diabetes were identified.

The study found that the individuals who consumed the most gluten per day—12 grams per day, had the lowest risk of developing type 2 diabetes over the 30-year follow-up period. The researchers thinking is that those who ate less gluten are limited in the amount of cereal fiber they consumed, which is known to protect against type 2 diabetes. After adjusting for this protective fiber, the researchers concluded that participants in the upper 20 percent on the gluten consumption scale were 13 percent less likely to develop type 2 diabetes compared to those who ate less than 4 grams of gluten a day.

The researchers admit that, since this was an observational study, they cannot establish a direct causality and that more research would be needed to confirm the findings. But they do suggest that those without celiac disease who limit their gluten intake reconsider their diet regime, especially considering the potential diabetes risk.

Following a gluten-free diet could increase your risk of arsenic, mercury exposure