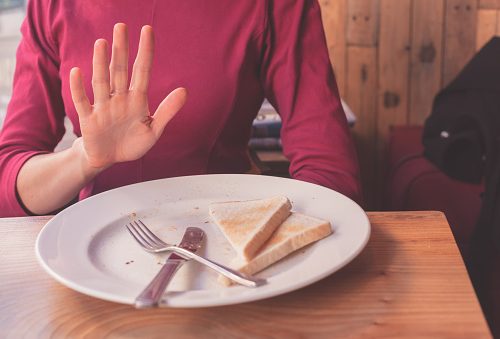 A gluten-free diet can relieve brain fog in celiac disease patients. Common symptoms of celiac disease include abdominal pain, constipation, diarrhea, and cramping, but another symptom, which is often overlooked, is brain fog.

When a person experiences brain fog, they feel fatigued and tired, they may fumble during conversations, their thoughts may appear slower, and they lack creativity. If severe, a person may even completely mess up things that are very familiar to them, for example, how to get home from a destination.

Because brain fog in celiac disease is not a commonly discussed symptom, it often goes overlooked. And yet, many celiac patients report brain fog being lifted once they go gluten free.

In a study published in the Alimentary Pharmacology and Therapeutics, researchers found cognitive ability to improve once patients began a gluten-free diet. The study was conducted on 11 newly diagnosed celiac patients who were tested for information-processing efficacy, memory, visuospatial ability, motor function, and attention before starting them on a gluten-free diet.

After 12 weeks of being on the diet, the patients were tested again, and once more after one year. Blood testing, intestinal permeability tests, and small bowel biopsies via gastroscopy were also conducted at baseline, week 12, and week 52.

Improvements were seen in all four cognitive tests with adherence to a gluten-free diet. Corresponding author Gregory W. Yelland said, “This study, while small in numbers, does provide objective evidence for the cognitive impairments associated with untreated coeliac disease. We would like to think that clinicians would use this to inform their patients of the cognitive risks of remaining untreated and of the benefits of adhering to a strict gluten-free diet, for not only their physical [health,] but their mental health also.”

The authors wrote, “If these findings are confirmed in a larger study, they may have important health and safety implications. When viewed together, the present results indicate that short-term memory, movement, and processing speed are impaired in untreated [celiac disease,] and that they improve during adherence to a [gluten-free diet].”

To recognize brain fog, pay attention to the following symptoms: 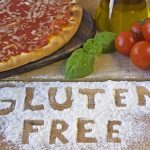 If your brain fog is associated with a celiac diagnosis, your best form of treatment is to strictly stick to a gluten-free diet. Fortunately, with the rise of awareness about celiac and gluten-free diets, there are endless options that are gluten-free, which make following the diet far easier today than it was a decade ago.

If you are unsure about what foods contain gluten or not, speak to your doctor, a naturopath, or a dietician who can assist you in becoming more aware of what may or may not contain gluten.

It may seem difficult at first, but the longer you stick to the diet, the easier it becomes – especially because you won’t have brain fog weighing you down.