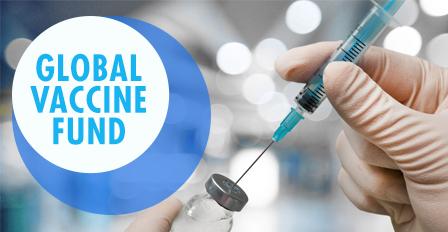 Physicians at Princeton University are urging a global fund to manage the costs of developing new vaccines and defusing crises that arise every time there is a new epidemic.

The writers said the recent Ebola epidemic is a case in point. In spite of the fact that Ebola is a preventable disease, an effective vaccine doesn’t exist (though recent studies suggests researchers are making inroads). The biggest problem was, as with many vaccines, the lack of financial aid. The writers said big pharma is unlikely to invest in the production of vaccines because they result in low profit. And traditionally, the government does not want to ruffle big pharma’s feathers.

The article is published in the New England Journal of Medicine. It proposes the bringing together of pharmaceutical companies, trusts and foundations, and even governments to set up a $2-billion global vaccine-development fund. The fund will help carry promising vaccines right from their initiation through development to deployment. The main aim of the global vaccine fund will be to help make vaccines available for emergency use.

The writers posit that if the proposed fund was already in existence before the recent Ebola epidemic, it would have funded the testing of many vaccines that were available well before the onset of the epidemic. If even one of the tests were successful, public health workers could have vaccinated people. This would have protected against the thousands of deaths and even and saved billions of dollars.

The authors of the piece find a lot of parallels between their proposal and the antibiotic-resistance fund supported by U.S. President Barack Obama’s 2016 budget. In fact, they propose the two funds could work in tandem to address some of the world’s most pressing global health issues.

“The fundamental challenges facing the discovery and development of new vaccines are growing in significance and can no longer be ignored,” said one of the writers, Jeremy Farrar, director of the U.K.-based Wellcome Trust.

In their perspective piece, the physicians explore the barriers that come in the way of vaccine. The complexity of the condition for which the vaccines is being developed often dictates the cost. Depending on the disease, a vaccine costs between $500 million and $1 billion. This includes research and development, and three phases of clinical trials and licensing. Not many companies can put in that much into a project without having a positive ROI (return on investment).

Vaccine companies have to convince their finance leaders of the vaccine’s market potential, before they can get them to invest in the development of the vaccine. The authors feel the global vaccine fund could help shoulder the financial burden. While their proposal has received a positive response so far, they still need to have a conversation with philanthropists and governments regarding funding.