Home » Health News » Giving Your Liver a Rest In January 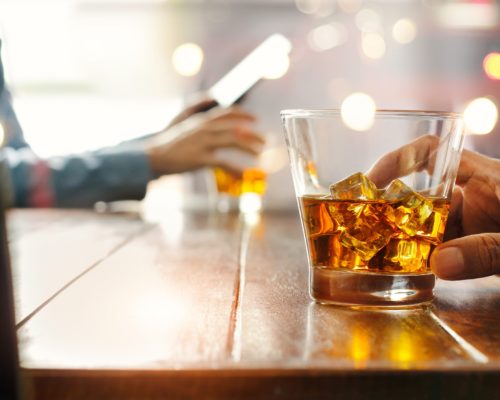 Maybe you’re not a person who does a little extra over the holidays. That’s great. For the rest of us, a dry January might help give our livers a rest.

December and the Christmas–New Year haze can bring down even the best of us. It’s a time of a lot of partying and indulging, usually accompanied by alcohol. In fact, there is data to suggest the average American adult doubles their booze intake between Thanksgiving and New Years.

Whether it’s a splash of Bailey’s in your coffee, Christmas beers, cider, or rum and egg nog, the booze is flowing more than any other time of the year.

Thankfully, your liver is a resilient organ. But it needs time to recover and get back to health. New reports indicate that alcohol-related deaths are on the rise, so providing that break might be more important than ever.

A dry January where you avoid alcohol—or greatly reduce intake—can help your liver health get back on track. It takes roughly 30 days for the liver to replace damaged tissue with new cells and return to optimal function with an otherwise healthy lifestyle.

A dry January, however, might be difficult. If you drank a lot over the last few weeks, for example, you might be feeling a little bit of withdrawal. That feeling of frustration, short temper, or insatiable appetite? That’s what withdrawal feels like. Snack on carrots, get out for a walk or do something else to quell the symptoms because they will only last a few days.

Next is to avoid triggers. If you meet with your friends for Friday night pizzas and wine, maybe put the kibosh on it for the next months. Even the best intentions can go awry in the wrong setting. Don’t underestimate how the environment can play a role in decisionmaking.

Lastly, stick to your plan but stay on track when you slip. You may decide to stop drinking for the next month, but find yourself having a beer or glass of wine while out to lunch with a friend. Don’t let that one drink derail you. One doesn’t have to lead to two, or the abandonment of your plans. Just reset and keep going.