Home » Health News » Get Fit Now, and You’ll Remember It Down the Road 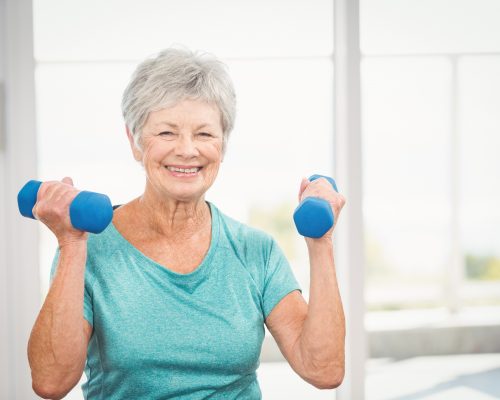 Exercise is good for you, but it might do more than you think. New research suggests that deciding to get fit today may help your brain well into the future.

Brain age is a growing concern for people reaching middle age and beyond. You may even be expecting to experience memory loss, dementia, or other forms of cognitive decline.

It’s entirely possible you believe you’re destined for this outcome and that it is simply a “natural” part of aging.

Your brain will go through some natural changes with age, just like the rest of your body. But by getting fit now, in middle age, you might be able to keep your brain healthy for decades to come.

A new study, published in Neurology, suggests that getting at least an hour and 15 minutes of moderate-to-vigorous physical activity per week or more may help promote brain health and preserve brain structure.

If you’re able to get more than 2.5 hours of exercise each week, the effects could be even more profound.

Researchers in New York collected data on more than 1,600 people with an average age of 53. They went through five physical exams over 25 years and reported weekly activity levels. After the study period, they underwent brain scans.

The correlation between activity and brain age was quite strong. Results revealed that those who did not reach an hour and 15 minutes per week had a 47 percent greater chance of developing brain damage than those who exercised more.

Researchers suggest that the results could have something to do with exercise’s effect on small blood vessels in the brain. Moderate-to-vigorous exercise gets the blood pumping, opening up blood vessels to ensure they are functioning optimally.

Exercise also offers other benefits for brain health. It can increase NO production, reduce the risk of heart disease, and help neural pathways remain open and functional.

Starting an exercise routine today to carry into the future may help you fight against memory loss and age-related cognitive decline. There is only a single caveat: consistency.

Being active and fit today doesn’t help you tomorrow if you aren’t consistent. Once the activity stops, the benefits taper off. So, build your healthy habits and keep it going as you age. You won’t be disappointed!