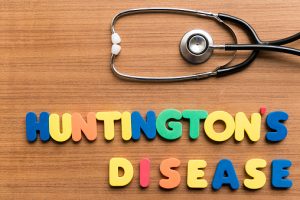 A new approach to investigating factors that affect the onset of symptoms of Huntington’s disease (HD) has identified a couple of genome sites where variants that can speed-up or delay symptom onset can be found.

The team of researchers analyzed more than 4,000 gene samples from HD patients. They found that particular variants on two chromosomes were more common in individuals who showed symptoms of HD-like movement disorders either earlier or later than would normally have been expected.

In earlier studies to find ways of delaying the onset of HD symptoms, the researchers focused on studying the mutant protein in cells or in animal models. But the limitation of those studies was that the relevance of abnormalities found in animals to what actually happens in patients was largely an assumption.

The current approach does not rely on model systems, but on DNA samples and clinical data from human patients. In essence, it is like analyzing the results of a natural “clinical trial” in which naturally occurring variations in genes other than the HD gene intervened to influence the course of the disease.

The author of the study James Gusella, director of the Center for Human Genetic Research at Massachusetts General Hospital (MGH) summed it up by saying “it’s now up to scientists to figure out how those genetic interventions work and to build on them to develop effective therapies.”

In 1993, Gusella was part of the team that isolated the HD gene in the lab and mapped the location of the gene to chromosome 4 in the laboratory.

While there were many studies between then and now that investigated whether particular genes were responsible for modifying HD onset, this is the first study that used genome-wide association analysis. This is a unique way by which an individual’s entire genome is scanned to identify chromosomal regions containing variants that are associated with specific disease traits.

The advantage of such a study is that it helps the researchers identify the region on a particular chromosome where modifier genes are located. But studies of this nature require fairly large groups of participants.

For this study the MGH team has assembled a large number of DNA samples from HD patients. In the first step, the researchers genotyped 977 HD patients. This was followed by a second scan of samples from another 974 patients.

After analyzing both scans together for DNA variants, the researchers identified two locations on chromosome 15 where variants were significantly associated with either early or late symptom onset.

The researchers then combined their results with studies from other research groups in the U.S. and Europe, scaling up the total number of participants to 4,082. The combined data improved the strength of the associations with the two chromosome 15 variants and revealed another significant variant on chromosome 8.

Gusella admits that at this stage in their research, the role these variants play in the onset of Huntington’s disease symptoms is speculative. However he and his team are sure that the modifier variants located on these chromosomal regions affect the disease process prior to the appearance of symptoms.

The team hopes that figuring out the exact DNA sequence variations responsible and how they influence the disease process will pave the way for developing drugs to treat HD better. And even preventing symptom onset altogether.